As I write this I’m learning to write again. It’s been a long time.

To try and kickstart something, anything, I’ve been translating a lot, thinking I might teach myself to write again by writing through someone else’s writing.

In fact, just the other day I translated these lines by Mohammed Khaïr-Eddine and, as inevitably tends to happen in translating, started reading his words through the lens of my own life:

In not writing for so long, I certainly feel as though I’ve been occupying some kind of sleepy shadow-wrapped silo. But also like Khaïr-Eddine, I’m hoping it’s been more of an incubation process than a senseless seclusion, that it’s subsequently made me as sensitive to dreams as to becoming.

I’ve barely written anything of my own for nearly a year now, in an attempt to foreground my other academic projects. Two weeks ago, however, I finished my English comprehensive exams at the University of Georgia in Athens, GA and, knowing that the best thing for my writing is always a change of scenery, I immediately hopped in my car and drove the 12 hours/800 miles up to New Jersey to visit my girlfriend.

So it’s hard to say what a typical writing day is at this moment. I’m in a very atypical zone. What I lost a while back is what I’m on the lookout for. Right now I’m trying to write poems in Princeton University’s East Pyne Library, one of the nicer spots on campus where a non-student can fly under the radar and get some work done. 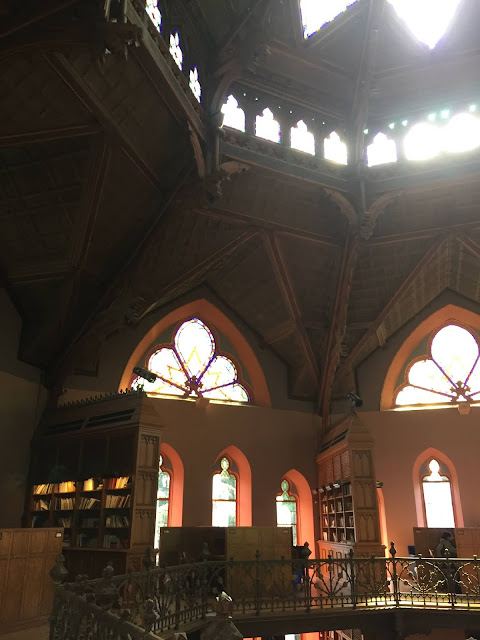 I’m there now, but that’s not typical. I don’t even know if there is a typical. What I can say is, to my great frustration, I’ve never been one who could write twice in the same spot. But there being only so many places I can lug a computer to, and only so many feasible ways to change my surroundings, I tend to seek out places whose surroundings change around me: coffee shops, bars, diners, public libraries. The right unfamiliar glance, scuttling body, misheard or slurred word, or smell wafting in from who knows where can make all the difference. There’s something of a immersive sensory chance I seek out, I guess. I don’t know. Every day seems to require something the day before didn’t. The mystery of that ultimately defines and perpetuates the typical process, I suppose.

What I do know: as spontaneous as the best part of writing tend to be, I can’t write in spurts. I need to devote a long period of time to it. I could probably write a whole unnecessary and ridiculous manifesto no one would—or should—ever read on each move I make in a poem, down to the pettiest break or punctuation. Getting these thoughts “straight” on paper is like slowly dragging a busted and only-able-heat-up-halfway-at-best iron over a badly wrinkled sheet. There’s a meditative pleasure in that, relaxing some latent mania into a thing.

Or at least a nothing, that’s necessary sometimes too. Wherever that can happen is where “typical” lives. 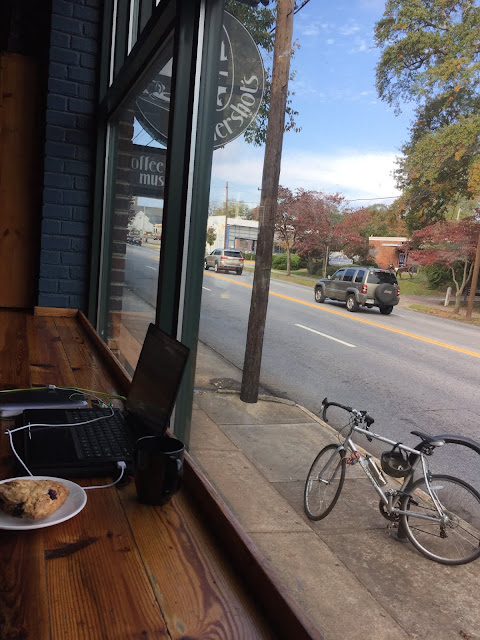 When I make it back to Athens in a few days, on any day I’m able to escape work I’ll revisit my old haunts and do what I did before: walk or ride my bike down and around town until I find the place that feels like the right place to find that typical space and stay there a good while. Then I’ll sit there and wait for some atypical sensory chance to find me. I’ll type infrequently and mumble in the corner like a weirdo. It probably won’t work. I’ll go home. I’ll go for a run. I’ll try somewhere else the next day. It might work. It might not work. It might not. Dreams might enter. They might not. I might become. I might not. I’ll feel like a human being.

Jake Syersak received his MFA from the University of Arizona and is currently a PhD Candidate in English and Creative Writing at the University of Georgia. He is the author of Yield Architecture (Burnside Review Books, 2018) and several chapbooks. His poems have appeared in Black Warrior Review, Colorado Review, Verse Daily, Omniverse, and elsewhere. He edits Cloud Rodeo, co-edits the micro-press Radioactive Cloud, serves as a contributing editor for Letter Machine Editions, and co-curates the Yumfactory Reading Series in Athens, GA.