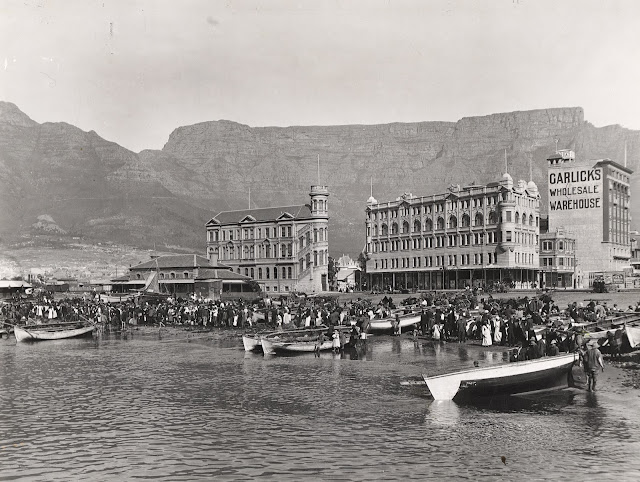 My (small press) writing day begins with words and the questions each word offers. The first book I wrote emerged from a single word, “Xamissa,” which newly liberated South Africans used in the 1990s to speak of the springs and streams running underneath the city of Cape Town, from Table Mountain to the sea. The initial question “Xamissa” raised: Was the version of the sea-mountain city I grew up in—with its history of colonial dispossession, enslavement, apartheid—simply inevitable, or could there have been another city, a just city, an open city?

The writing day begins with writing toward a poetics. “Begin and begin again,” Gertrude Stein writes, both a statement of poetics and its enactment. In order to begin I begin with the ways of beginning. This could be a writing surface I like, a bit of light, a chair. But it is also the larger questions that bring me to the chair in the first place: Is it possible to speak? In what form? Who is listening? Day-to-day, each day I write, by asking here on the page what it is that I am doing in poetry—and why—I ask for further space for the doing thereof. In the first place.

I am an investigative poet. A relational poet, in the sense of Édouard Glissant’s Poetics of Relation. This is contingent; it will change. For now, I ask questions through the words I begin with: to proceed, to listen, to stop short. To proceed or give myself permission to write. To listen to the materials that obsess me, whether those materials are a page from the archives of the Dutch East India Company, a mountain stream above Cape Town, or a silence—the material of the night. To stop short, acknowledge limit, be with the ground from which poetry springs.

The first word I wrote today: “My”. One of the questions that I return to when I sit down to write: Is this an act of isolation, of my poem above all else, or is this an act toward an “our,” even if of no more than an imagined “us”? At the upper limit, the sociality Fred Moten sings of?

What I am saying is: Often I used to sit down to write, in order to write nothing. I used to sit and not write. In my head, in the way, the isolation of growing up under apartheid, and also in the way the (male) myth: The writer, to be a writer, must be alone. Alone and somewhat mad. The male writer must cultivate isolation, in order to procure (via self-inflicted social wounds) “genius.” This fallacy is a misreading of the Romantics, a misreading of John Clare especially, but it is a misreading that has become a cultural headstone that encourages an early death.

Questioning the lyric prevalence of “I”—the “I” of the poem, its relation to others, its subject position—helped move this “I”: not exactly out of the poem but out of the way, out of the way of the writing. Days of writing began. In other words, once I began a praxis, through the help of many teachers, of poetry as a unique way toward others, to be in the “human circle” (Kafka’s phrase), to be with and among others, I began to sit down and write. Often, in the morning.

In parentheses, “small press.” I need the small press in parentheses for my writing day to begin. To say this another way: The presence of multiple small presses in my social environment fosters the sense of community on which my writing day depends. The small press: my red wheelbarrow? I have just started teaching creative writing at the University of Louisiana at Lafayette, where Marthe Reed was based for many years. Marthe Reed of Black Radish Books. I did not know Marthe Reed, I did not get a chance to know her before she died, but there is a community of writers and readers here—here is Louisiana but also Hawaii, upstate New York, Ontario, your place also—a community gathered around small presses, a community that she not only participated in but also activated. Right now, my (small press) writing day begins with reading her work. I read to begin? Or, the asynchronous conversation of reading asks: begin?

At the same time, the parentheses around “small press” let the writing day begin: they let my desire for the publication of the day’s writing become quieter, a background desire. Publication is not so much the auction of the mind—the (small press) circumvents the auction, somewhat—as an afterthought, an afterglow. Tomorrow, my (small press) writing day will begin again with teaching Emily Dickinson. Her fascicles, hand-sewn: The smallest of presses, perhaps the most powerful? Kept in a drawer until her readers could catch up with her. What would Dickinson have said of small presses? At a guess, that there are plural suns in the poetics multiverse:

At the root of my (small press) writing day, though, is the tension between the words “writing” and “day”. How can writing fit in the day when the day has to fit in other requests: meetings, students, classes, traffic, sleep. Some of those requests are welcome—from students, for instance—but so often the day and the writing stand in opposition to each other. It becomes not so much writing day as writing minutes? At the same time, when I read to begin, Glissant reminds me: “We no longer reveal totality within ourselves by lightning flashes. We approach it through the accumulation of sediments.” In other words—among many ways to interpret this—the poem no longer has to fit within a day, a moment, a flash. Glissant perhaps also meant Walter Benjamin’s lightning, his dialectical image. Here on the ground, though, where both Glissant and Benjamin liked to look, it means that a long poem can accumulate itself over time, across the days.

Or, more simply, Kristin Prevallet interprets Glissant’s sentences in this way: “How do poems get written? Where does that flash of creativity come from? What is inspiration? The Relational poet simplifies the first question by discarding the last, and rather than sitting on mountaintops waiting for genius to strike, looks around and begins collecting, accreting, gathering.” In this schema, is the sea language itself? If so, even the tiniest granule we begin and begin again in the writing day, in the writing minute, may accumulate into sediment, the seabed, of the new.

Henk Rossouw's book-length poem Xamissa, published by Fordham University Press in 2018, won the Poets Out Loud Editor's Prize. Wesleyan University Press's Best American Experimental Writing 2018 featured an excerpt. The African Poetry Book Fund and Akashic Books included his chapbook The Water Archives in the 2018 boxed set New-Generation African Poets. Poems have appeared in The Paris Review, The Massachusetts Review, Boston Review, and elsewhere. Originally from Cape Town, South Africa, Henk received an MFA from the University of Massachusetts Amherst and a PhD from the University of Houston. He is an associate editor for Tupelo Quarterly. An assistant professor, Henk teaches creative writing at the University of Louisiana at Lafayette.