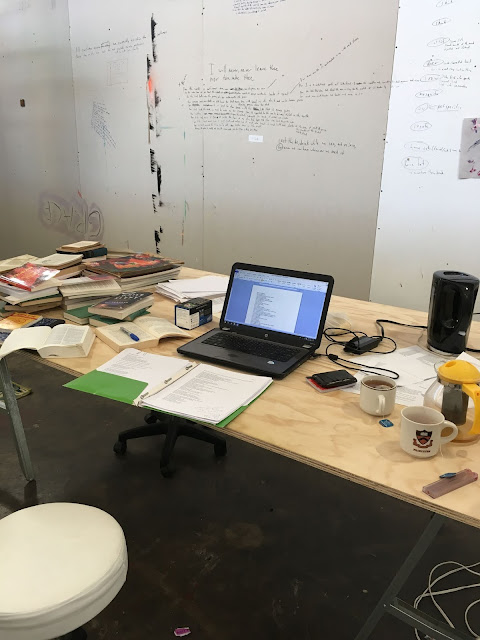 Justin Evans is a poet and playwright from Charlotte, NC. He is former co-editor of Vanilla Sex Magazine. Past playwriting credits include A Tonguey Kiss for Samuel Davidson (Anam Cara Theatre Co.), Satan v. Laundry (ACTC), I Wont Hurt You (XOXO Theatre Collective), and The 30th Annual Bernstein Family Christmas Spectacular (The Magnetic Theatre). His poetry has been published by Five2One, Metabolism (as Valentina Tereskova), Ursus Americanus Press, and The Peal. He frequently performs with Asheville's Poetry Cabaret and is the creator and editor of the sound collage podcast Mystery Meat. He organizes and hosts the America's Pastime reading series, a bi-monthly reading of un-original poetry and fiction.