Brianna Ferguson : The Flaneur and the Faculty Member 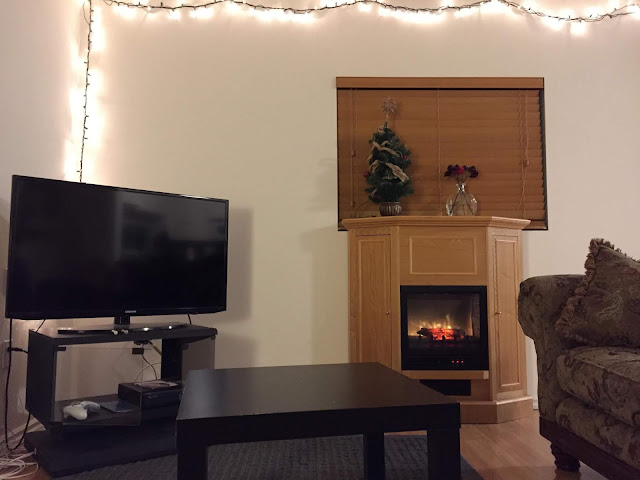 As a twenty-something undergrad with a near-clinical obsession with the Virginia Woolf drama The Hours, I was obsessed with the idea of The Writer. To be seated beneath an open window with a hand-rolled cigarette and a flask of whatever, scribbling the whisperings of some unseen muse into the ratty pages of a leatherbound notebook was the only future I wanted.
Hurtling towards graduation with few prospects, I switched my dream from shut-in to flaneur. Not a flaneuse--the modern, feminised form of the street-roaming, life-tasting miscreant--but an honest-to-goodness flaneur. In the style of Oscar Wilde I was going to spend my days wandering cobblestone streets writing poetry about the city and getting day drunk. Soaking it all up and writing it all down was to be my career: sampling everything, saying yes and putting my name to the results--that was it. Anything else meant selling out.
Now, years later, I am a highschool teacher in a small town. I’ve got a few minor publications under my belt, but I’m sober almost every day and the roads aren’t cobblestone but dirt and horseshit. What writing I do get done during the day comes about in fits and bursts between marking papers and planning lessons. At times, while supervising detention or overseeing a makeup test, I can squeeze out a few lines, but they tend only to reflect the busy noise of my day with little room for comment or poetic embellishment.
That’s during the day, though.
By night, it’s a different story.
Having lived in a small Vancouver apartment before moving to the Shuswap, my fiance and I had no room for a dining table. Thus, we learned to live life without a table. The only flat surface we had for pasta eating, card playing, writing etc was a black pressboard end table from IKEA (retail value $10). Upon this table we lived our lives, and so, when it came time to move, rather than cram it into the dumpster under our mattress (sorry, Mr. Landlord), we disassembled it and brought it with us. It is on this table that I write my words down in the evenings in front of the TV. This table has held beer, snacks, feet, bills, laptops, typewriters, knitting balls, cat’s asses, almost everything except schoolwork.
Seated before the TV--my electric fireplace flashing away beside me--I have a choice or two to make. Most people would counsel against watching something while writing due to the extremely distracting nature of other people’s voices, words, faces etc. But I say, while that may be the case for many, it’s different for me when I’ve got a pint in hand and a movie so familiar I could recite every line with my last two brain cells. Thus, I have a few background movies that have become as necessary as tea and armchairs are for most writers.
If I’m in a poetic mood, I opt for either The Bridges of Madison County, or Kill Your Darlings--the former, due to Francesca and Robert’s shared love of Yeats (in between affair-having) and the latter because of the still-in-school, discovering-the-world, devil-may-care, free-wheeling attitude of young Ginsberg towards jazz, sex, and all things poetry. With either of these movies on the screen and one beer (no more, no less) in my system, I can focus. It is in the initial twenty minute sweet spot (after pressing play and cracking the beer) that I’m at my most productive and my least distracted. Good writing can absolutely take place on either side of this, but it’s there as I drink that first beer and see those intrepid people on the screen going after the lives they want that I’m at my most productive.
Poetically speaking, anyways.
If it’s fiction I want, I throw on that tried-and-true favourite, The Hours. Virginia may (according to the movie) be a space-case housewife, but my god is her heroine ever worldly. Woolf’s much-referenced Clarissa Dalloway wanders London meeting writers, travelers and other big minds of her day, dodging suicide, depression, attraction--it just goes on. With Nicole Kidman’s Virginia staring into space and mumbling sentences around her lumpy cigarettes, everything I write feels profound--again, within the confines of those first twenty, beery minutes.
When the second beer is cracked and the concentration is gone, I usually descend into a game of Minecraft to let my mind wander. In Minecraft, money doesn’t exist and every street can be cobblestone. It’s while flaneur-ing my way through Minecraft that I get my best ideas.
Around midnight, I go to bed. I plug my phone in and lay down, and just as I’m drifting off to sleep, all the ideas from the Minecraft session suddenly crystallize in my mind. I lean over the bed and start typing on the Notes app on my phone, and by the next day I’ve got something to think about at work.

Brianna Ferguson is a teacher, poet, and short story writer living in the Shuswap. Her writing has appeared in magazines and anthologies across Canada, The U.S. and Great Britain. After earning her B.A. from UBCO in 2016, Brianna wrote for Vancouver Weekly while earning her B.Ed from UBC. She is currently working on a book of short stories.