I think of writing as a type of separation—a taking apart, a reworking, a tuning into something that is both interior and exterior. Sometimes, my poems begin somewhere inside my head because of, most of the time, something I have observed. Observed meaning saw, seen, heard, smelled, touched, thought about for a while or only for a second, etc. Hand to paper, paper to word document, document to pdf, in no order. I constantly translate my poems across mediums to see what’s left. Jack Spicer claimed, in his Vancouver lectures, claimed that aliens rearrange the furniture of “the outside” to make poems. And while my head is not full of alien furniture in the way Spicer declares it, per say, poetry is something completely alien to me. Alien and in need of translation.

I moved to Pittsburgh after living in Wilmington, NC, a place that was recently declared “not reachable by land” by the Department of Transportation in the aftermath of Hurricane Florence. 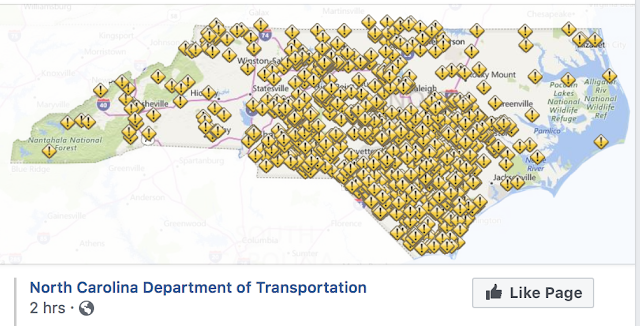 In the same way, a road closes in my home: to be moved, to be relocated, to be flooded, to be separated, to be thrashed, to be caught in a rising tide, to be tangled in pig shit, tangled in snakes, tangled in the hairs of the person that lived in your place before you, to be not reached or able to be reached; to be out of touch, almost.

Lately, being homesick, I write and I ache. I switch between wanting to write and wanting to not think about writing. For 2019, I am trying to be more positive given a lot of grief. I wrote: I want a liquor still to inhabit my head forever. I want to not forget one fiddle tune. I want to catch brown trout on the top water in late August in my favorite hole. I want to die in the dirt that is shit drenched.  I hope that someone who reads my poems fall over inside themselves continuously.

The uniformity of “process” or “production” is not a goal. To me, it’s curated by a world of writing, rewriting, and editing in ways like a factory. Factories are unfair labor and have damaged members of rural communities, especially Appalachia, for years; for some, it’s worth it. It has to be. I am incapable of rewriting most of my poems even though I try. Ice and Sorrel, again and again.

There is an opening of the field, yet he field is scared damaged, posted, private, but wild spaces exist. Even in the alien-like interior of the self, the horizon meets what’s left, where the mountains tower and look at you and growl and God, I pray that the field never ends. When there, I find little moments I get obsessed with—mainly a word, an instance, a stretch of music that echoes—and I obsessively think about it. Not writing is writing. I forget so many of the lines I wish I could include. I forget my keys constantly.

I am now standing on something I would say is reachable by land but I can’t describe it as it is. I will try but it won’t hold up. The field is collapsing on itself in the murk. Thoreau, in “Walking,” claims for the walker to build their home in unsteady soil of the swamp: “the decay of other literatures makes the soil in which it thrives.” 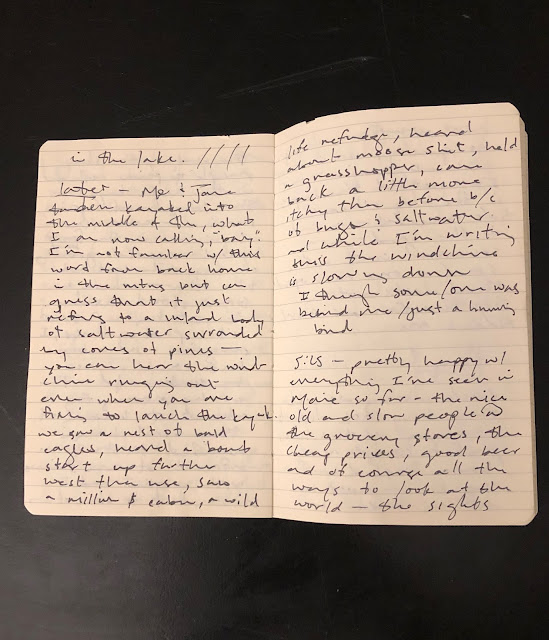 In the same vain, I learned the practice of compost journals from my pal, Nathan Hauke. I can remember talking with him where he said to generate as much material as possible and don’t look back (ala Orpheus, ala Spicer, ala Hauke) and reuse everything, nothing is waste. There’s no accidents in the spirt. Say things you can live with. Get down the line. Paddle faster. I’m not finished yet.

If I follow a process, it’s a process of paths; roads flooded and cut by men in reflective gear; roads into and out of everything or nothing; and the tensions of light catch me and lull me back out of sleep.

Evan Gray is from Jefferson, North Carolina and is the author of three chapbooks: Blindspot (the Rest (Garden-Door Press, 2018), Dusk Melody (Shirt Pocket Press, forthcoming) and BODY BIRTH (above/ground press, forthcoming). His essays and poems have been featured in DIAGRAM, Tarpaulin Sky, Yalobusha Review, Word For / Word, and others. He currently lives and teaches in Pittsburgh, PA.