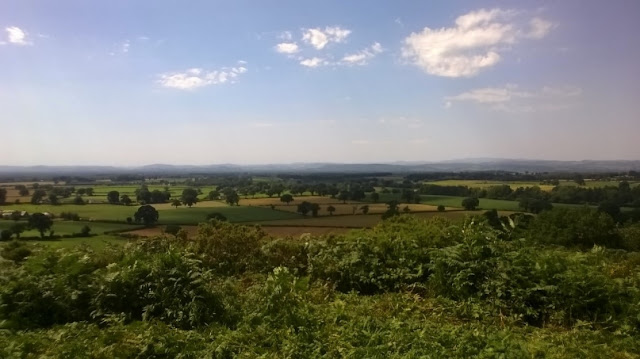 I generally sleep badly. I’ll be awake at three, and I’m lucky if I fall asleep again between then and seven. Lying in bed, I write poems in my head—palindromes, triolets and miniature sonnets, mostly; anagrams, I find, are too hard without a page in front of me. I have a notepad app on my phone now, so I can make a record of the better poems. Before I had the app, I had to tweet the poem instead.
I’m out of bed at seven, or shortly after. I shower, and I dress. My wife goes to work. I walk and feed the dog. I skip breakfast (always).
I’m ready to start at about 8:30. I tweet a poem. I get a coffee and check my emails—of which, each day, there’s an increasing number. Hopefully a decent chunk of them are sales. There are normally a few new submissions to read. I answer those emails that require attention, and I schedule my submission readings for the coming month. I tweet another poem at about 10. I make notes on which leaflets and books need mailing, and to where. I package the sales.
Whatever time is not taken up by these activities, I’ll spend writing new poems. I tend to write short poetry, which helps. This takes me to 12.30, and lunch. I won’t eat a lot.
I’ll end lunch with another coffee, my last of the day; if the morning has gone well (or particularly badly), I might throw in a whiskey or two.
The afternoon is for editing. I could be working on my current manuscript, or I could be editing and designing a new Penteract Press publication. Sometimes there will be another task, like contacting printers or checking proofs. There may be paperwork.
I’ll check my Twitter, a lot. If I feel I can spare the time, I’ll work on some music: I’m currently composing musical palindromes for piano; but I feel oddly guilty about working on them, like it’s time better spent focussing on my poetry or press....
There are usually a few more emails by 5: Perhaps another sale to package. Perhaps another submission to review. Perhaps rob mclennan asking me to participate in another of his projects. I answer as many as I can. I walk the dog, again, unless the weather is awful*.
The boring household chores are hastily packed into the hour between 5:30 and 6:30, during or after which my wife returns home. We review the day over a bottle of wine. We get something to eat—a more substantial meal than earlier—before settling in for a proper drink.
The day ends with a mild alcoholic buzz and the vain hope for seven hours’ sleep.

*This photo shows a view of the Welsh border, taken from where I’ll walk the dog on more pleasant days. 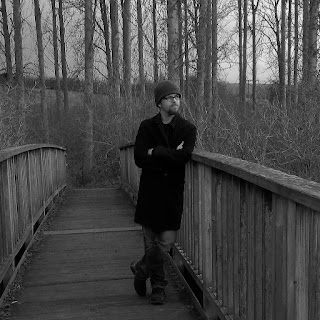 Anthony Etherin is an experimental poet. He composes constrained and formal verse, and he invented the aelindrome. In 2016, he founded Penteract Press – a venue for skilful and aesthetically adventurous structure-based poetry, publishing mostly works of concrete and constraint. Collections of Etherin’s poems include Cellar (Penteract Press, 2018) and Danse Macabre (above/ground, 2018). For more of his poetry, find him on Twitter, @Anthony_Etherin, and via his website: anthonyetherin.wordpress.com