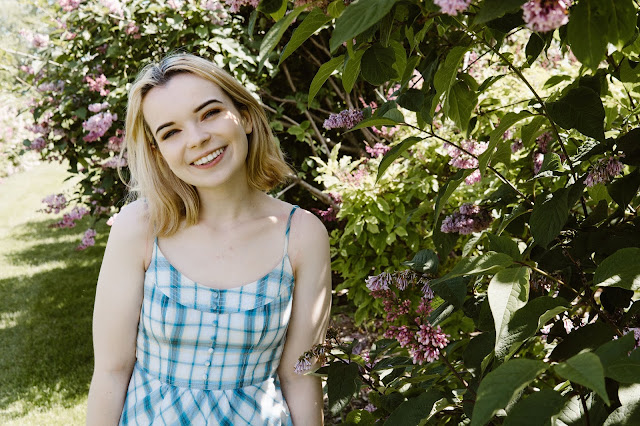 Every day is a writing day for me. Or at least, every day tries to be one.
I write on the bus and frequently -- usually -- spell everything wrong. I’m too stubborn to turn on my phone’s autocorrect (because “I don’t need it!”), but the bus is too bumpy and my fingers are too fumbling for me to form anything resembling coherency.
It doesn’t really matter. Those small somethings lying behind a crack in my phone’s screen (once again, something I am too stubborn to fix) never see the light of day in their original form. Right now it’s summer, so every idea seems to be about foreign words for milk and pink flowers and baby sheep and the “static channel” on my childhood television and middle-of-the-night nosebleeds and the way water balloons sting when they burst on your bare skin.
I am fascinated with the mundane and the ugly and the small pieces of shattered glass that still twinkle in the sand at the playground behind my school. Someone once pointed out that half my pieces involve someone vomiting, which is either reflective of my fear of public puking or of my idea that everything feels realer if it’s also a little disgusting.
Once I’m home and wearing my comfy pants, I decipher the notes titled “GOOD IDEA” and “MEH” and edit them as I copy them into my laptop. I edit them more, until they sparkle like they’re supposed to, but there’s something that remains special about those first scrambled-text, jotted-down ideas. I never delete them, but I never look at them again.
Sometimes the process is different. Don’t tell my professors, but I can spend hours mulling over rhymes and drafting dialogue when I should be taking notes on Oscar Wilde or Nathaniel Hawthorne. It’s not a habit I’d recommend, but I urge myself to write down everything that pops into my brain out of fear it’ll disappear forever. I tell myself that if I write it down, it can’t float away. It’ll be permanent, in some semi-tangible way, and won’t slither away from existence like dripping condensation.
I’m reminded of my obsession with permanence every time (which is often) I make some sort of self-obsessed literary breakthrough in the shower or as I’m halfway asleep. At those times, I jolt and start to scribble onto a scrap of paper. If there’s no paper to devour, and no phone to misspell words on, I repeat ideas to myself until they find familiarity in my mind.
I hate to forget, and every time I do, I spend about an hour mourning what was certainly The Best Idea of All Time.
Most of the time, I sit in front of my laptop and alternate between writing metaphors about ghosts and green fields and watching whatever recommended Youtube interests me first. I write about a thousand words a day, and I’m not sure how, because it feels like most of my writing time is spent curating Pinterest boards that evoke the “aesthetic mood” of whatever piece I’m currently swallowed by.
In eleventh grade, I took a grade twelve Creative Writing course. I devoured down every prompt and produced work that presented itself with such sincerity that I’d laugh at it. I snapped at a boy who called Sylvia Plath “crazy”. I gave a forty-minute presentation on the similarities between Ulysses and Trainspotting. I was oh-so-wise and oh-so-literate and thrilling in the idea that my teacher would read the things I had written.
I took it too seriously.
I take it all too seriously, and I care about it all too much -- every writing prompt and flickering idea and quiet moment in between conversations -- and that’s fine with me. I like myself this way. I like writing this way.

Sarah Priscus writes in Ottawa, Ontario, Canada, where she attends the University of Ottawa for English and Theatre. Her short fiction and poetry have been published in a number of journals, most recently Slippage Lit, Scribble Lit, and Barren Magazine. Her hobbies including working on a novel and talking about "working on a novel".