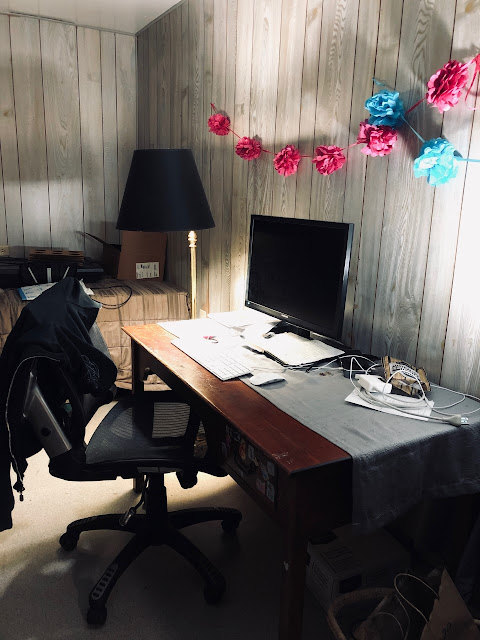 I wake up early at four, sometimes even three o’clock. I think about getting up and doing some writing. You always read about ambitious writers getting shit done in the wee hours, I think to myself.

Then I fall back asleep.

Around eight o’clock I officially rise to the sound of my kids fighting and my wife asking me if I’m awake. Crawling out of bed I do some light calisthenics to get the blood flowing. Stuff like lunges, jumping-jacks, free-squats, push-ups and crunches are good for working out the kinks from a restless night.

Once I’ve limbered up I go to my bookcase. On the bottom shelf there is the complete Oxford English Dictionary. Twenty leatherbound volumes coming in at a total of one-hundred and thirty-eight pounds. Taking ten volumes in each hand for a balanced sixty-nine pounds each, I gun some curls, shoulder presses, and shrugs. Finally feeling warmed up and ready for the day, I head outside to the backyard where I break a few cinder blocks by hand, then do a version of that cross fit “battling ropes” thing, but with Aircraft carrier anchor chains instead. Chains that happen to be the exact weight of my guilt.

I know what you're thinking, but don’t get the wrong idea. I’m no health nut or anything. The reason I train like this every morning isn’t by choice. Not really. It’s because of Gary.

Gary is a timid yet mischievous troll. Not the kind of troll that lurks on the Internet. No, I’m talking about the traditional, mythical kind of troll that shouldn’t exist outside of books and movies. The kind with long, hairy nipples, and breath like the grease traps in a filthy backwoods dive the day before being closed down by the health department. That’s the kind of troll Gary is.

Oh, yeah. Gary also happens to be my muse, though you couldn’t tell by the way he treats me. When I least expect it he’ll sneak up from behind and pull my pants down, or trip me, maybe slap a “kick me” sign on my back as I’m on my way out to a public place.

Unfortunately I never know when Gary’s going to come for a visit. He always arrives uninvited and unannounced. Keeping a careful distance so as not to blow his cover, Gary watches me through the windows of my house, from around corners and behind chairs, slowly and surreptitiously making his way closer. I always have to be on my toes.

If I notice Gary is in the area I must pretend not to, or I chance scaring him away. One wrong look and, BOOM, he’s gone. Writing day ruined. So I try to be patient and let him come to me. Once he’s within reach, though, I jump on him and attempt to wrestle him to the ground.

This is where all that training comes in handy.

Gary may only be four and a half feet tall, but he’s a barrel-shaped three-hundred pounds, so he can be a real handful. Sometimes, I find he has slathered himself in baby oil and he easily slips from my grasp, leaving me on the living room rug feeling slick and defeated. Other times it’s an epic struggle, and even if I get the upper hand, the physical effort involved drains the creative juices from my system, and I am forced to let him go. Then there are the jokes. If you can even call them jokes.

You see, Gary is an annoyingly huge Brent Butt fan. He likes to repeat the jokes he sees on Brent’s comedy specials he obsessively watches on YouTube when he’s not replaying his collection of Corner Gas DVDs over and over. One time, as I was trying to work his arms behind his head in a full nelson, Gary turned toward me and, in an attempt to throw me off my game, said, “You ever see that time Fabio got hit in the face by a bird when he was riding that roller coaster? That’s gotta be the weirdest thing that’s ever happened on the planet.”

“Shut up!” I said, feeling my grip slide. But of course he didn’t listen.

“I mean, you can’t even have those three things in a story without it being kinda weird.”

“Shut up!” I repeated through my teeth. “That’s not even a joke.”

But he already had me where he wanted. Feeling my hold slack, Gary stepped back, heaved me over his shoulder like a rag doll and took off. That time I didn’t see him again for almost five days.

Rarely but ideally, if Gary is ungreased and I work quickly enough, I can maneuver behind him, slip my arm under his knobby chin, and apply the sleeper hold.

Lemme tell ya, lugging a three-hundred pound troll’s dead weight down to the basement is no easy task. It’s almost harder than wrestling him. I guess I should mention the basement is where I do my writing.

By the time Gary comes to, he is securely tied to a chair next to the oil tank. Once he stops struggling to get loose and acquiesces to the situation, I remove the duct tape from his mouth, turn the desk lamp in his face, open my laptop and get to work.

But even getting Gary to the basement isn’t a guarantee I’ll accomplish any work. Sometimes I take the tape off his mouth and all he wants to do is convince me that Hiccups is an underrated TV show, or he’ll go on a rant about how depressing it is to be a troll. He points out that the worst people on the Internet are named after him, and how his species is always portrayed as greedy beasts living under bridges, and the fact that goats are afraid of him.

“Be that as it may, they shouldn’t make assumptions based on an outdated and offensive fairytale,” he replies with indignation.

On these fruitless days, fully aware that nothing literary will be getting done, I just sit back and listen. I’m a good listener.

Regardless of what we accomplish, whether it’s a poem, a short story, a novel, or a counseling session, I eventually untie Gary from the chair. To show that there aren’t any hard feelings I ask if he wants some coffee, to which he’ll ask something weird like, “No, but I’ll take a chili cheese dog if it’s not too much trouble.”

But as soon as we get upstairs and my back is turned, he bolts like a streaker running across a football field.

As he runs away, Gary invariably yells over his shoulder that I’ll never see him again.

But I know he’ll be back.

Alan ten-Hoeve resides in New England where he is patiently tolerated by his wife and children. His writing has appeared in The Daily Drunk, 433 Magazine, (mac)ro(mic), Versification, and others. His music with The Multi-Purpose Solution can be found on Mint 400 Records.