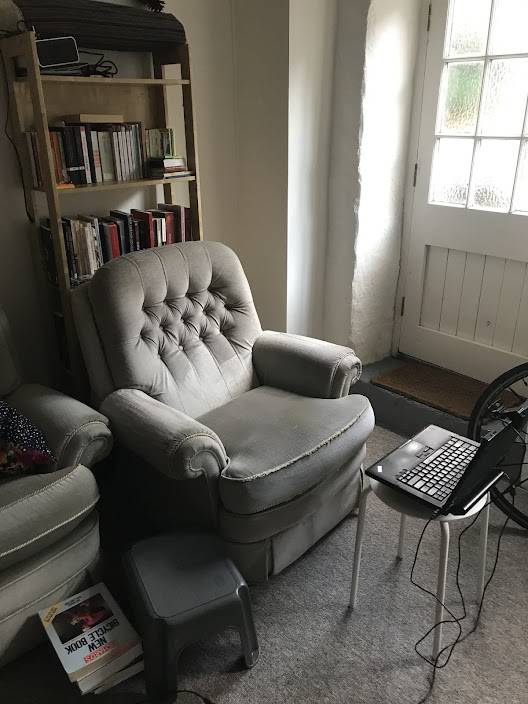 Since the onset of Covid-19 I have contributed several urgent essays on labour movement strategy which have had some degree of influence in my union. These were co-written but my willingness to crank out the prose was important and so I take credit for that aspect.

I strongly oppose the idea of the pure literary innovator on the basis that all thoughts arrive in a language that we did not create. In that way all writing is co-production and my role is sometimes just to be the person passively receiving and structuring the articulations of others, like a tape recorder with a brain. However, this idea that no individual is truly innovative suggests that the most banal acts of resignification can be innovative articulations, which is indeed how I experience them.

I have a very hard time articulating myself under my own name. I have never been able to have control over my day. I am not sure if I will eventually develop a routine or if that is anathema to me. I have many habits, but I am trying to suggest something more conscious and self-aware through the word ‘routine’. I do have a number of writing practices however.

My first practice is crying. I often cry when writing, as the writing process can be distressing for me. This can be true of any form of sincere communication. I often use the Notes app on my phone to write, which suggests the genre of ‘influencer publicly apologising to their fans’. Frankly, I don’t think it’s the best way to do things, but this is the reality. I often cry when reading my work out loud to others, but I enjoy that kind of crying.

I often write in bed because I cannot justify sitting in a chair to write on a laptop, a device literally designed to be used anywhere. I used to put my laptop on my chest and write that way, beginning around age 11 with my first ‘laptop’, which ran Windows 95 and had no internet capacity. Unfortunately, as my eyesight has gotten worse over the years, I cannot put a laptop on my chest and take my glasses off in bed anymore unless I enlarge the font to comical sizes. On the other hand, I am capable of writing for a long time while sitting at a desktop. This is because a desktop to me possesses a maternal metaphor: it is plugged into the wall, it has an umbilical cord.

I took my first laptop to the UK but someone from TSA violently pounded on it, cracking the plastic, so I have never brought it outside of its zone of safety again and it still lives in Michigan with my parents where I hope to eventually return to it. My second laptop was a Dell which I purchased from my university in 2008. I eventually gave it to a dyspraxic friend who destroyed it within a month. My third laptop (my ‘current wife’) is a Lenovo from about 2010 or so which I bought secondhand but which still feels alienatingly new and trendy. Those who know me will be aware that I try to replicate the feeling of Windows 95 as closely as possible.

I do also write by hand, although I preferred typing as a child. If I have a draft that is moving I like to cycle it through several iterations of: hand-write, type, print, read aloud, make hand-written edits, type them, etc.. My dream is to reinstate companions willing to listen to me read each new installation of my writing aloud, as this does help me and it is the common thread in all my best writing. You would think I would have selected my partners and closest friends on this basis but unfortunately not, although that is fine and they have other qualities.

Sometimes I walk down the street writing in the Notes app without looking at where I am going which I find very enjoyable especially as it adds dramatic tension to my walk and performatively rejects the world, which could take revenge upon me at any moment by manifesting a solid obstacle. This is the next step up from walking while reading which I also do but which doesn’t give the same high that it used to. Writing on my phone in the bath is also exciting in the same way. The risk is heightened. I dropped my phone in the water recently and it actually slipped completely under the water but I caught it and threw it out of the bathtub and it was fine. I like to think of myself as Leó Szilárd who was notoriously fat, lazy and an absolute genius in the bathtub. You have to hydrate continually if the bathwater starts out really hot, however, and at some point you have to abandon writing and actually e.g. exfoliate.

This was written in the bath on the Notes app.

Aimée Lê is a Vietnamese American writer. She is an Associate Lecturer in Creative Writing at Exeter University and a member of the Royal Holloway Poetics Research Centre.