Yesterday, rob mclennan asked me to prepare a piece on “my writing day” in the style of authors writing similar accounts for the Guardian. I agreed. Overnight, I dreamt this response. I regularly record my dreams with the hope that one day my unconscious will write a great story-line, but the best I’ve managed are grade B movie-plots. The night before, I dreamt of a teenager who invented a laser-apparatus that animated every statue in the city. They all came to life and started going about their business. This “animation” caused congestion on city buses and elevators, but otherwise life went on in its usual mundane manner. – So, I suppose my “writing day” begins at night because in a way, I write in my sleep. Anyway, here’s the response I dreamt of for rob: 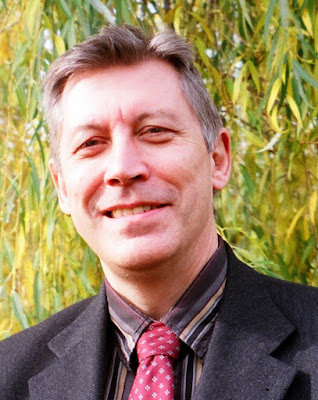 Typically, I begin my writing day at my old hardwood desk. The desk has a crack running across the middle. My laptop computer regularly gets stuck on that crack. Sometimes, I imagine my writing is being held back because I work at a cracked desk (it might be bad luck). But, I remember what Leonard Cohen said about how there’s a crack in everything, and that’s how the light gets in. So, maybe this desk is all right. Today, I’m editing a story that I’m sending to a radio station. I’m considering exchanging the semi-colons for colons. In this story, semi-colons represent a connection between the narrative voice and the protagonist’s thoughts. It’s all second-person and sounds like this: “You’re working at a fitness and colonic irrigation centre ruminating about how to re-write your life. You’re thinking; I want to rip the rose-tint sunglasses from the nose of my floundering plot, and march out of this end-of-the-road job forever.” Now, if I replace the semi-colons with colons, then, it diminishes the conceptual link between narrator and protagonist; between, “You’re thinking” and “I want to rip, etc.” Colons are signals to pause, and then move ahead: to list outcomes, proceed to culminations. Semi-colons indicate hesitations stronger than commas; however, they’re weaker than full-stop periods. Acoustically, it’s subtle. I doubt the radio-station people will notice, but I obsess over such things. It might be grammatically correct to change the semi-colons to colons, but it might be conceptually correct to keep the semi-colons. Phil Hall and Gary Barwin both told me that semi-colons are just colons with strap-ons. I’m unsure how that information helps. – When editing, I often pause to read literary tips, including from authors I’ve published in Rampike. Here are a few:  “Don’t wait, just write.” (Una McDonnell). Good! I began this piece at night, in my sleep.  “Launch with a conflict.” (Rick Mofina). Yes! I’m incensed by global politics, and the U.S. reaction to North-Korean nuclear threats. Tacit public acceptance of militarism horrifies me. We, the Sheeple! “Get out of your comfort zone.” (Jordan Abel). My neighbour cuts his lawn thrice weekly. The noise drives me batty. I agonize over cutting my lawn. I like tall grass. While painting my front porch, I encountered a hornet’s nest and was stung on my right hand. I don’t want to harm the hornets. I deliberate about visiting a walk-in-clinic. My right hand looks like a boxing glove. “Read it out loud,” (Carol Shields). Right! bpNichol said the same thing to me years ago in Toronto. It’s a sunny-hot September day. Outside, cicada concertos resonate. Competing insect orchestras assemble in diverse trees. The Oak cicadas’ sonata closes with a gentle diminuendo, the Maple’s orchestra replies with a flourishing crescendo, soon answered by the Pine ensemble’s allargando. – One of my favourites is, “Play with language.” (Kyo Maclear). I consider palindromes, and wonder: “Do geese see god?” I’m sure it works the other way around. I read onward. “Keep your drafts drafty,” (Ryan Knighton). I fear that a hurricane will gut Florida’s nuclear-waste storage sites. I envision sleazy radio-active alligators prowling Miami night-clubs. “Write what only you can write.”(Lawrence Hill). It’s comforting to think that there might be some advantage to my eclecticism. I listen to classical music; write fiction; do laundry; discuss the Baltic, NATO and Russia with my son; watch the Gong Show with Bella; and eat marzipan while riding my unicycle. How does that become literature? Then, there’s “Cut, cut, cut!” (Carmen Aquirre). FYI, after I wrote this, I cut it by half. So, I’ll stop now. Or, maybe not… my favourite tip is, “Forget the rules.” (Ross Belot). Yes!  I’ll plagiarize openly, disjoin plot-lines, and dangle participles while mocking pointless literary rules. Later today, I’m phoning my agent to announce that I won’t produce anything further until I get a complimentary case of Veuve Clicquot-Ponsardin. So, that’s my writing day; now, back to those semi-colons! KJ

Karl Jirgens, former Head of the English Dept., at U Windsor, is author of four books (Coach House, Mercury, and ECW Presses). He also edited two books, one on painter, Jack Bush, and another on poet, Christopher Dewdney, as well as an issue of Open Letter magazine. His scholarly and creative pieces are published globally. His research on digital media investigates literature and performance. He has new fictions coming out with Fiction International (USA), and with Someone Press (Canada), as well as poetry with Stanza Room Only (Canada), and in Short Flights 2 (USA). He has a scholarly essay forthcoming with McGill Queen’s University Press in Un-archiving the Literary Event. Jirgens is a black-belt grandmaster of Tae Kwon Do. He edited and published Rampike (1979-2016) an international journal featuring contemporary art, writing and theory. He currently serves as a professor at the University of Windsor.
at September 19, 2017