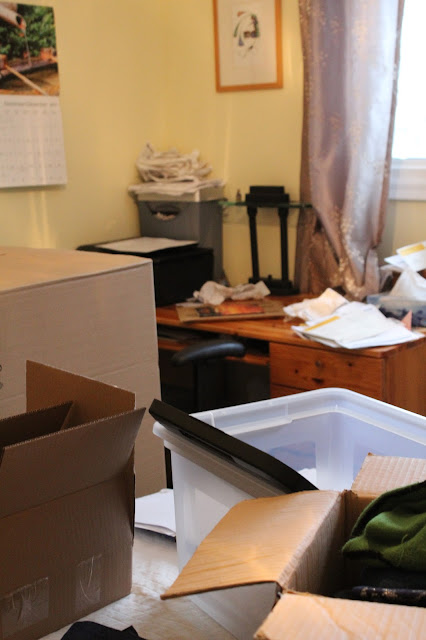 Other than a few poem edits and this essay right here, I haven’t had a small press writing day in months. But I did draft this essay on a Saturday in October, and am still amazed that I had the two hours:

My partner, also a writer, works weekends in retail, so we brought him to work this morning, then spent two hours shopping for parts for my son’s Hallowe’een costume before grocery shopping. I hate buying ready-made food, because I hate wasting money, and every time I do, I picture my retirement and any leaves to write again before then drifting further and further away into the future, but on Saturdays, my son and I go to Metro and buy a couple of wraps for $5 each, because its been months since I’ve been able to manage making and cleaning up our own lunch on a Saturday, since it’s the same day I do all the errands and cleaning and make dinner, preferably one that makes ….

[Sorry, had to stop to teach my son how to colour with pastels so he can colour the cardboard coffins we picked up this morning. I also reminded him, though too late, unfortunately, to wash his hands after experimenting with them, so now his art supply box is decorated with streaks and marks roughly the size and shape of a nine-year-old’s fingers.]

… lots of leftovers so our lives are easier later in the week, then pick my partner up for the end of his day before we all have dinner, clean up and, this Saturday, do some of the Halloween decorating so my partner can be here for it, although first I’ll have to dust the house so we can set out the decorations. I admit I’m putting that part off because I resent how it represents my absolute failure as an adult and a woman that I regularly let the house get this dusty when we don’t even live out in the country where I could make excuses about open doors and blowing sand. I am trying not to also resent the friend who asked me last week if our cat’s asthma diagnosis “could maybe be from all the dust?” I feel it would be rude of me to consider her rude when she is, after all, right about my failure here.

Don’t get me wrong. Despite an artistic flair for self-pity, my life’s not any harder than that of any other writer, or, at least, any female writer with other humans relying on her, that I know of. And my depression and anxiety probably aren’t any worse than those of the many women and writers I ….

[Sorry, had to help find a way to clean chalk off of cardboard.]

…. know of either, though I admit I’m probably still emotionally exhausted from the months of caregiving and worrying earlier this year as my mother was dying. That said, my latest medication does seem to be relatively more effective in keeping me from falling too far into the abyss when it comes. It also has the added bonus of restoring my libido after years of it being crushed by the avalanche of previous little pills, not that there’s any time to do anything about this new …

[Sorry, had to give tissue-related advice.]

…. resurgence, but maybe it will add to my creativity, because I really do plan to go back to writing after I finish the final edits of this anthology of other writers’ work I am co-editing, which am honestly extremely excited about, even though it took much more time than I’d expected, but it was probably a good distraction from the dying and the being overwhelmed and, of course, the abyss that still slides open beneath me at the most unexpected times.

But you asked about my small press writing day. And today, though it doesn’t, of course, include writing, it has included waiting for emails back from a couple of small reading series who have been kind enough to invite or agree to have me to read. My kid played while I updated my submission tracking sheet to account for the rejections that came in this week, and I remembered, finally, to find some sort of postcard to sign and put in the copies of my book my publisher is giving away on Goodreads this month. And as I write all this I realize this post is the longest thing I’ve written in ages and I might even post a link to it in the writing support group I’m part of on Facebook, since their shared misery helps keep me sane and it seems only fair to reciprocate when I can.

And all of this list of things I have managed to do reminds me what I’ve thought for some time is the most personally important part of small ….

…. press writing, which is to support each other, at all stages: before, during, after and in between writing. Online, in the articles, posts and tweets I read to remind myself I’m a writer during breaks at my day job, I see so much crushing guilt, especially from female writers. It’s in response to the enormity of the chasm between the expectations (often our own, driven into us from all angles of society) to not only be perfect in filling every, single one of our many roles, but to be seen by others as filling these all perfectly, all of the time, while also, to our own standards, writing at the top of our game, and as prolifically as possible.

[No, there is no way to change pink back to white, son, but your timing is interesting and there’s a lesson you could take from what just happened here…]

But if you’re a small press writer (or a painter or a woodworker or a costume designer) who probably won’t write (or paint or build or sew) ….

[Sorry, had to turn the lights on throughout the house; the dark can still be scary, no matter how slowly it comes in.]

… again for a day or a week or a month or who knows how long, it is not a failing.

Let me say it again, for both of us: We have not failed. Holding it close will not kill it. Alistair McLeod wrote and published so little, really, but what he did was bloody brilliant and he refused to be pushed for more. Sylvia Plath and Anne Sexton and Gwendolynn McEwan (and so many others) pushed and were pushed, and their work was spectacular, but they broke or were broken in the meantime.

The very idea of economy and of value itself (human and financial) is based on the inherent good of productivity. But I am no one’s factory, and neither are you. Maybe you can write through it all, thanks to gadgets and good planning, or through funding and support, or the emotional labour of others. Maybe your bootstraps are just stronger than mine.

But, if you do not write, or build or make anything, today, I promise I won’t hold it against you, if you don’t hold it against me. I believe you when you tell me you will make it work, eventually, and when you need to. Carol Shields waited for all of her children to be in school before she started writing in earnest. Maybe your next eventually, or mine, won’t even be long from now. It could be in a week or two. Or maybe it’s a decade away.

I’ve got a poetry manuscript and a bunch of fiction to work on when I resurface. Right now, I’m being called ….

…. away, and the cars are rushing by the house in a steady stream of humans needing to be somewhere else, and the cat is wheezing from an asthma attack, and I have to find somewhere to move the pile of 30 books from the coffee table before I can even start to dust, and I haven’t even thought about starting dinner yet, and I am definitely not going to manage to write another blood word today, but I HAVE NOT FAILED.

There are words out there that are mine, I …

[Gaa! Well, at least I learned today that soap and hot water do wash pastel off a dining table, if combined with enough scrubbing.]

… have made things, I fundamentally need to make more things, and because the depression has neither killed me nor made me stronger, I can and I will make more art.

Not today, of course. Today, I wrote this. I’m going to be puffed up with pride about it time I’m searching for the rest of the Hallowe’en decorations in the crawl space, answering my son’s questions about the costumes of the past.

But later, tonight, I’ll also check Facebook and Twitter. I want to be sure the rest of the writers I know can make it to their next book, too.

Anita Dolman’s debut short fiction collection is Lost Enough (Morning Rain Publishing, 2017). Her poetry and fiction have appeared in journals and anthologies throughout North America, including Canadian Ginger, Matrix Magazine, On Spec, Grain, and Triangulation: Lost Voices. She is the author of two poetry chapbooks, and was a finalist for the 2015 Alberta Magazine Award for fiction. You can follow her on Twitter @ajdolman.