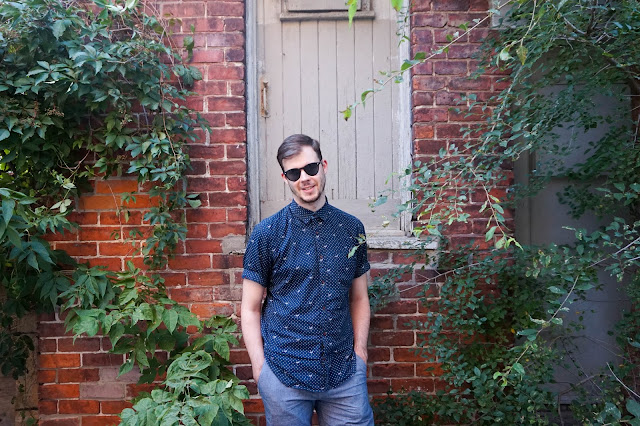 I’m not sure if this exactly counts as a typical writing day for me, since I’ve only done it about a half-dozen times, but each time has been so enjoyable that I feel like it’s become my de facto writing day of choice.

I’ve discovered over time that the primary thing holding me back from getting a solid chunk of writing done at any given time is my tendency to waste time on the internet if left to my own devices. To circumvent that, I’ve figured out a way to hack my own brain, in a manner of speaking, to wring the most writing possible out of it.

I’ll first get coffee with a friend (typically my close friend Sruti, with whom I love to have long, involved chats about writing, publishing, and the state of my emotional self) at a coffee shop near my alma mater, Concordia University (typically Café Myriade on Mackay). After a few hours of that, I’m left both well-caffeinated and full of thought.

Then, after we say our goodbyes, I’ll set up shop on the seventh floor of the university’s main building for a period of several hours. The place is well-lit and ventilated; features a good amount of table space and lots of outlets for chargers; outside of peak parts of the school year, mostly empty; and, most importantly, has a wi-fi network I can no longer access.

It’s also in a part of town that’s far enough from my apartment that I’m not tempted to leave until I’ve made the whole trip worth my while. Once I’m there, I’m in it for the long haul, and there’s no wi-fi for me to goof around on. All I can do, at that point, is write. So I do.

Alex Manley is a Montreal writer. A graduate of Concordia University's creative writing program, he was the winner of the 2012 Irving Layton Award for Fiction. His work has appeared in Maisonneuve magazine, Carte Blanche, The Puritan, Powder Keg, and the Association of American Poets' Poem-a-Day feature, and his debut poetry collection, We Are All Just Animals & Plants, was published by Metatron Press in 2016. You can learn more about him at alexmanley.com
at January 28, 2018