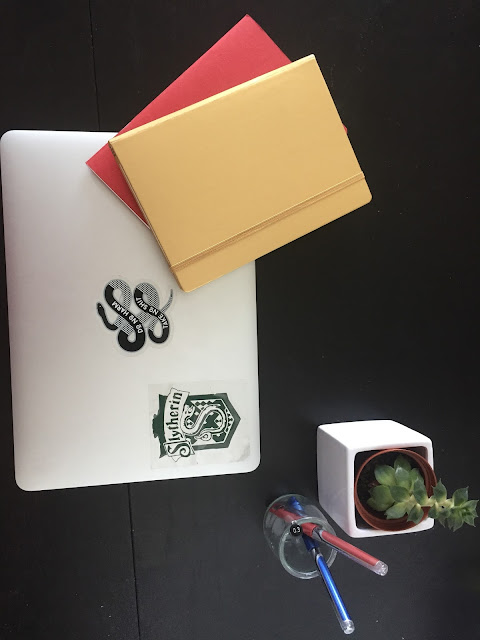 As a day-job poet with ill health, I don’t have a writing day. At best I have a writing week, or season, some wider slice of time that allows for flexibility and extenuating circumstances. I often have grand writing plans for vacations, cloistered residencies, and times when my day job is slower and my health is good and I can come home with energy to write. But in my regular life, I write poems like I’m playing the world’s slowest chess game with myself: tweaking a line over breakfast, coming back to it in the evening after work.

My day jobs have usually involved some writing (why fight what you’re good at if it pays the bills). As a day-job poet, I once wrote an ode in rhyming couplets for a dearly departing boss and recited it at her farewell party. I write reports and policy papers, talking points and scenario notes, communication plans and critical paths, and use delicate prose to manifest things into real life through speech acts and declarations.

It has always been like this: cramming the poetry in around other things. During my BFA, I wrote workshop drafts the night before class after a 7am - 4pm shift. I graduated in 2008, the year all the arts funding got cut and even the unpaid internships dried up. I lucked out making $10/hour as the Assistant Editor of a struggling arts magazine, working a 70 hour week during production but getting paid for 37. For a while, I stopped writing poems and wrote only nonfiction because pitching magazines paid at least ten cents a word and had a higher acceptance rate.

I’m a day-job poet because I believe in the work I do, and because pragmatically I need the health insurance and the financial stability and a shot at paying down my student debt in the next decade. If I can’t go to the dentist, pick up a prescription, or rent a mould-free apartment without making stark calculations, I don’t take proper care of myself and my health deteriorates til the pain is more of a distraction than an inspiration. Dig into the finances of most full-time artists and you’ll find family wealth or a partner with a more stable job (or at least two artists praying their fluctuating incomes and grants balance out). But in an economy that assumes two-adult families and doesn’t value poetry, I am my own safety net and my own back-up plan. Many of my fellow full time day-job poets have financial caregiving obligations, or their own chronic health issues or disabilities. Some of us can’t access the editorial and teaching work that often supports writers, whether through geography, discrimination, or lack of higher education. Some came to poetry later in life, after their day job career was already established, and are loathe to leave it.

I’ve learned not to keep a writing routine because I am harder on myself than any teacher or editor and my day job and health refuse to maintain a pre-set schedule. As a poet, word counts are less relevant anyways than making time for poetic intuition and revision. I’ve learned that I am extrinsically motivated and can ride for months on the glory of a single published poem or an invitation to read. I’ve learned to write through the worst of the worst drafts til at least I have something on the board I can move around, though I struggle to balance the illusion of “done-ness” (the lull of rhythm or form that makes poems feel finished before they are ready) with the desire to put work out into the world, and impatience with my own slow process. I’ve learned to write about illness and hunger and financial stress and capitalism and scarcity so that days spent recovering in bed feel fruitful and not wasted. I learned to write down half lines as they find me because they blow away easily in a busy workday if I don’t catch them.

I’ve never had enough space in my apartments for a writing desk so I’ve learned to write with minimal ceremony and accessories: at my kitchen table or someone else’s, on the train to a conference or to visit long distance loves. I’ve learned to treat my writing like a business and keep meticulous records of submission deadlines and expenses. And I’ve learned to squelch the nagging feeling that I am not doing enough in any professional realm.

Poetry slides more neatly than other genres into this diced up approach. It only takes a few minutes to re-read yesterday’s draft and re-orient myself. I can recite a draft under my breath on the 20 minute streetcar ride to work, listening for cracks in the lines, or type quick notes to myself en route. But I wonder sometimes what I would write if I had more time.

For years I kept these two halves of my work separate (if you can call a full work week a half). But maintaining multiple professional brands is its own part time gig, not to mention the extra website hosting fees. And as I write more, it becomes harder to hide what a quick google would show my colleagues anyways.

Being a day-job poet means I am behind my peers in publications, that I can’t afford time off or the tuition for an MFA, and that my chapbook is still a slowly convalescing manuscript. But it also means my head is full of content and ideas, new realms of language and research I would never find if my work didn’t require it. My writing day offers spaciousness and built-in time for poems to breathe between edits.

So this edition of My (Small Press) Writing Day is for all my fellow day-job poets who are writing behind cash registers and in cubicles and on the subway to work, who write slower than they wish but just as brightly, who have chosen, by constraint or by preference, to divide their love and their time.

Nisa Malli is a writer and researcher, born in Winnipeg and currently living in Toronto. Her poems have been published in Grain, Arc, Cart Blanche, Maisonneuve Magazine and elsewhere. She holds a BFA in Creative Writing from the University of Victoria and completed a 2017 Banff Centre Emerging Writers residency. She is working on a manuscript of poems that offers benedictions, incantations, and instruction manuals for sick bodies.