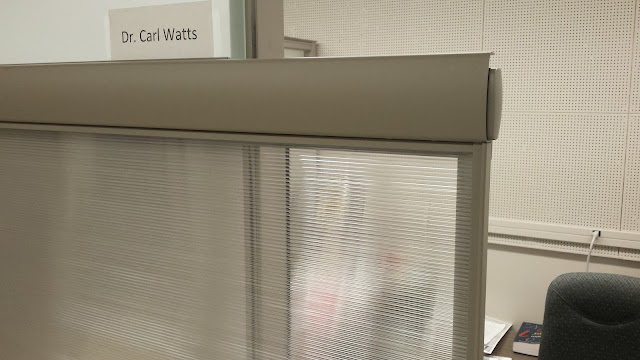 Years after reading a book, even if I can’t remember more than a couple of the characters’ names, I can almost always remember the physical space in which I read it and the look and feel of the edition itself. Maybe it’s weird, then, that I’ve never had anything like a specific place, time, or routine for writing. A few years back I had a poem included in the Best Canadian Poetry series. I was surprised that particular poem had resonated with anyone. When I tried to think of what could have made it different from the other poems I’d published, it occurred to me that I had no recollection of when or where I wrote or revised it. So there’s really nothing interesting to report here, except perhaps that Poems.doc (this is the real file name) is now so long that Word bounces me back up to the top a few times as I scroll toward the end.

More consistent is my situation. Playing the academic game (working on my own research and whatever teaching work I have at the time), I do most of my poetry writing and revising in the procrastination spaces between things like grading papers and doing a fifth round of revisions on a would-be scholarly article. One reason for this compulsive turning away from my actual work and toward poems is the doubts I’ve long had about literary criticism—its frequent obscurity, gimmickry, or intellectual dishonesty. Maybe I’m naïve, or just tend to excel at things that don’t make money, but, compared to the “my argument is that x is an exciting new area of study,” sales-pitch approach to literary scholarship, even the most hackneyed lyric poem or redundant found-text exercise seems to me like an idiosyncratic masterstroke. I may not remember when or where I worked on my minor BCP hit, but there’s a good chance it grew up out of the blank lines between a survey of theories of nationalism and a reading of a ‘20s prairie novel. And, whatever my misgivings about academia, it gives you a certain flexibility; the energy required to do its generative (if not really creative) writing tasks can unexpectedly spin off into poetry ideas and edits that can be attended to at pretty much any point of the work day. As a lot of us are aware, there are many, many other ways of struggling to earn a living that don’t permit this kind of behaviour.

Another thing that keeps Poems.doc open is the uncertainty faced by so many people in my situation. Whether you call it precariousness or precarity, there’s a dread in everyone but the most overconfident gimmick artists that each semester could be the last time we’ll work in the field we’ve trained in for years. For me, this financial uncertainty and looming sense of career-level disappointment is compounded by the fact that so much of what you produce in this profession—conference presentations, articles, grant proposals, academic book reviews, lecture notes—will end up having been worth essentially nothing the moment you’ve left the academic ecosystem. At any moment you could become precisely one of those outsiders who is utterly unable (or at least unmotivated) to see any value in the writing that’s long been your primary output.

Poems, despite being famously useless, do have a readership. As with academia, nearly all of that readership consists of insiders—other people who write poems. The difference is that comparatively few of them are doing that reading and writing for the sake of tenure, a promotion, or prestige in the grant hierarchy. I can also say, with certainty, that if tomorrow morning I get fired, or exiled to Siberia, I’ll continue to write and read (and probably write about) poetry. (The odds that I’ll continue reframing my dissertation as a monograph aren’t quite so good.) I’m certain that poetry’s enduring worthlessness will outlive the postwar model of academia that’s currently hobbling towards the post-work era. When this unforgiving profession finally deems me worthless, my worthless poems will still be there. However badly I screw things up, the poems should always be there.

Which is something else I worry about. Isn’t obsessively producing something without value and without much return just neoliberalism—the offloading of economic and systemic failures onto the self-improving, always-producing individual—in its purest form? Isn’t perpetual unwaged labour the sinister obverse of the basic-income coin? Probably. But I can’t think of anything better to do, so I guess I’ll be sitting at my portable procrastination desk for a while, picking at the frivolous, boutique-economy word-packets that would be overpriced if only there were any market for them.

Carl Watts holds a PhD in English from Queen’s University; his dissertation is about whiteness, and his newer research looks at shifting conceptions of experimental and mainstream poetry. His poems have appeared in journals such as The Cincinnati Review, The Cortland Review, Grain, and The Manchester Review, and in a chapbook, REISSUE, which was published by Frog Hollow Press in 2016. His gauche tweets can be found @carl_a_watts.
at April 08, 2018