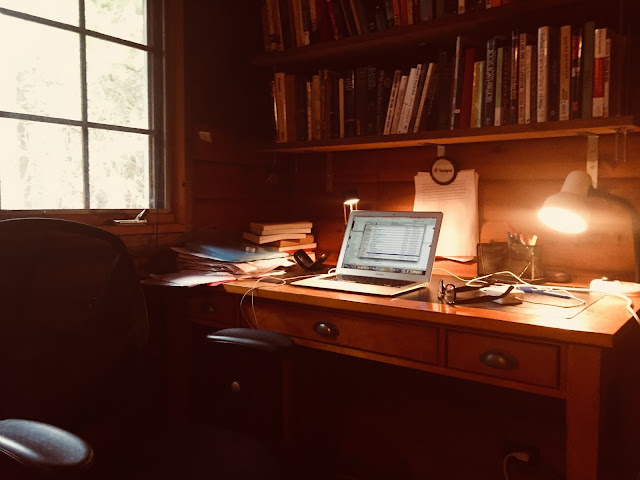 When I get out of bed these days is mostly a function of how badly I have to piss. After, I’ll usually get back under the covers, maybe listen to the news or sports scores or fall asleep until . I have to piss again. Which is something that baffles me. How can I empty my bladder and then half an hour goes by and, without drinking a drop, I have to go again?
Once, I asked a pediatrician friend, about it. He laughed at me.
“Gravity,” he said.
“Really? Gravity?”
He nodded, then changed the subject.
I don’t believe him and I now think he was telling me that the continuation of our friendship depends on me not bringing my pissing habits into it. I can’t, for example, see him giving the same explanation to his patients
“Doctor, my little girl’s eyes keep rolling to the back of his head. Why?”
“Gravity.”
“Doctor, when my boy has had the hiccups for six years. What’s going on?”
“Gravity.”
Back in bed, I might think of trying to turn that morning-piss-gravity-thing into a story. Then, as My Writing Day revs its engines, I might think of another medical story, one my wife told me several years ago. She’s also a doctor, an oncologist, and she was in her clinic one day when from the other side of the wall came a crash and a scream. She rushed into the waiting room to find a man vomiting blood into a garbage pail. As blood gushed, she held him upright. A code was sounded. A gurney called for. But within a minute, maybe two, the man was dead. Bled out. A tumor had eaten through the walls of a blood vessel and also his lungs. He didn’t stand a chance.
My wife was shaken, it’s not something she sees every day, but it was certainly something in the realm of possibility for a cancer clinic. And yet, I’m certain I’ve thought of that incident more often than she has over the ten or so years since she first told me the story. There’s lots to work with there, lots to explore, and the fact that I think about it so frequently makes me think I ought to turn it into a story somehow. So far, nothing.
You’d like to be inspired by real life, but sometimes there’s too much of it all at once.
So I move on.
Like to this other story I also frequently about, say while I’m taking a break to run an errand during My Writing Day.
This one came from the press and it happened probably fifteen years back, somewhere in the suburbs of Toronto. A pair of teenaged sisters murdered their mother. They had a great plan. The mother was an alcoholic (one of the reasons they wanted her dead, I guess) and they fed her vodka and then over-the-counter pills and led her to a bath and then held her drunken and drugged body under water until she was dead. They cried on the 911 call and the cops detected no signs of foul play. Everything was going fine for them. They actually got away with murder.
But then—and this is where the story gets interesting to me--they started to brag about it to their friends. In person. On line. In public places!
I shake my head to this day, wondering what they were thinking.  Two kids commit a perfect crime and then blow it. Why? Because they can’t keep their damn mouths shut.
It’s just a terrific story and it always reminds me of a proverb my father used to say and I often think about during My Writing Day, say, when it’s too late to get anything else done. It goes like this: “The higher the monkey climbs, the more you see it’s ass.” My father used it to describe politicians who protested too much when the press accused them of something untoward. It’s a phrase that has stuck in my brain so faithfully that I used it as the title of my first novel.
You can see how it applies to those two girls who killed their mother.
You can see how it applies to a lot of people.
Those people, the climbing monkeys if you will, are interesting to me and more easily graspable than the first story. It’s weird, because you’d think that having firsthand access to a story of a man dying in your arms would resonate more. At least emotionally. It ought to be easy pickings. I don’t know why it isn’t.
Maybe someday I will know and will use it, but for now, My Writing Day is focused on other things.

Bruce Geddes' novel The Higher the Monkey Climbs, was published by NONPublishing in 2018. Born in Windsor, Ontario, he lives in Toronto.