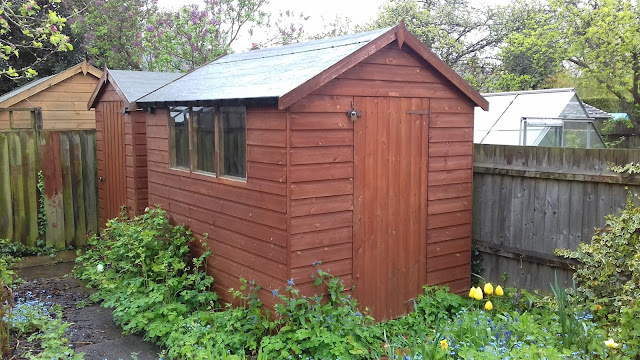 What’s my typical writing day like? Well, to be honest, I don’t have one: that is, I have neither a ‘typical’ writing day, nor, very often, a whole day I can write. Teaching, admin, meetings, emails, university management jackboots, on the one hand, and twins, on the other (better) hand, don’t leave much space or time for writing – so I often do my writing in the hidden corners, the folds, the nooks and crannies of days. I do my writing when the twins are in bed (and keep coming back down to say hello), or on Sunday mornings, or in doodles in meetings, or in my head in the bath.

Of course, I do have a sprinkling of writing days every year – a few days, for example, between the end of marking and the twins breaking up for Summer holidays – a few flowery June days when I take the twins to school, and then immerse myself in a novel, a poem, an essay. When it comes to the twins being off school, though – well, who’d want to spend a whole day alone writing then? I’m always annoyed when people talk about the ‘pram in the hall’ syndrome – or when John Banville famously declared that ‘I have not been a good father. No writer is.’ What a load of (sexist, self-important) rubbish: as if being a writer is more important than being a father. Of course, no-one can claim to be a ‘good father’ (perhaps no-one is, at the profoundest level); but I’d rather try at that than putting writing first, to the exclusion of life. Besides which, neglecting family life (or life in general) in favour of writing is a sure way to make your writing bad: without the experience of the twins’ early life – which was fairly traumatic, to say the least – there’s no way I could have written convincingly about the complex emotions experienced by the family in my novel Melissa (Salt, 2015). Life doesn’t get in the way of writing – it’s the other way round, or the opposite, or some kind of complex tangle.

To be honest, I think there’s a lot of self-importance, mystification, pomposity about writing in general: in the end, it’s just something to do, which is often enjoyable (if you like it), and which is an easier ‘job’ (to use the term loosely) than, say, coalmining. Anyone can do it, given enough practice – anyone can train themselves to be a writer – unlike coalmining. It’s a participation sport. Whether you do it well or not is another matter – and ultimately not your judgement (as a writer) to make. Of course, there are some days it feels painful, difficult. But it’s not coalmining, not life-threatening, not Victorian chimney-sweeping, it’s a privilege even to have a bit of time to do it; and I’m sceptical of the preciousness and mystery which writers like surrounding themselves with, a preciousness which is sometimes just a way of excluding others. It’s just writing – something you train yourself to do.

And that’s what I’ve done over the years – through force of circumstance, through the need to make money (in the day job, as opposed to via the writing directly), I’ve trained myself to be able to write to order. No doubt it’s had an effect on the kinds of things I’ve written, and even their structure. I always say that my first novel, Entertaining Strangers (Salt, 2012), is mainly structured in short, snappy chapters because it was written when the twins were very small – and I only had one hour a week to write. In that hour, I’d dive into our shed, and set about writing one short chapter, so I feel I’d achieved something. Of course, these drafts were very rough: but I knew I had to get something down, because that was the only time I had. Different writing ‘projects’ demand different kinds of writing: my memoir, Take Me Home (Granta, 2007), was written in fragments over years – which kind of suits the memoir form, which is often built up from fragments; structuring a memoir often consists of creating some kind of narrative out of the bits and pieces, odds and ends, rags and bones of memory. Many of my poems have been drafted in my head – while driving to and from work, in the bath, making tea, semi-dreaming before the alarm goes off. 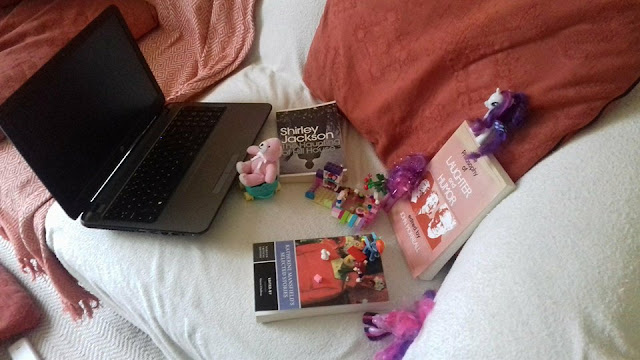 So I’m not precious about writing. I can do it anytime and anywhere these days. I don’t have any kind of ritual. I do have a ‘writing shed’ at the bottom of our garden; but equally I can write perched on the end of the sofa (which I’m doing now) in the living room. The twins are playing Lego round me, or watching the TV. I’m sure My Little Pony and Danger Mouse infiltrate not only my dreams but also my fiction and poetry in displaced forms. I have no problems with distractions (unless I’m writing something particularly concentrated), so I write with multiple tabs open (both literally, on my laptop, and metaphorically, in my mind), flitting through Facebook, Twitter, listening to music, and so on. I know a lot of people can’t write like this; but maybe I’ve just done it long enough I’ve dog-trained myself into it. There’s a kind of writing-shed Zen in my head amidst all the noise, housework, managerial threats, panicky student emails.

Of course, I’d like to have more writing days – more time. Who wouldn’t? Though I can’t imagine anything worse than writing all the time. What would there be to write about if all you did was write? Even reading is a break. And I sometimes think that, for me, reading is the thing that suffers the most. I love reading more than anything, but I really do have so little time to do it. Reading is a holiday for me, I think. It’s where the purest pleasure lies, sitting on the beach, reading the most difficult thing I could have chosen.

In the end, I suppose it shows how much I love writing – or how compelled I feel to do it – that despite all the distractions, work and so on, I still do it. It’s a compulsion, a tic.

Jonathan Taylor is an author, editor, critic and lecturer. His books include the novels Melissa (Salt, 2015), and Entertaining Strangers (Salt, 2012), the memoir Take Me Home: Parkinson’s, My Father and Myself (Granta, 2007), and the poetry collection Musicolepsy (Shoestring, 2013). He is currently completing his second poetry collection, Cassandra Complex, which will be published by Shoestring Press in September 2018. He is director of the MA in Creative Writing at the University of Leicester in the UK. He lives in Leicestershire with his wife, the poet Maria Taylor, and their twin daughters, Miranda and Rosalind. His website is www.jonathanptaylor.co.uk.
at May 10, 2018