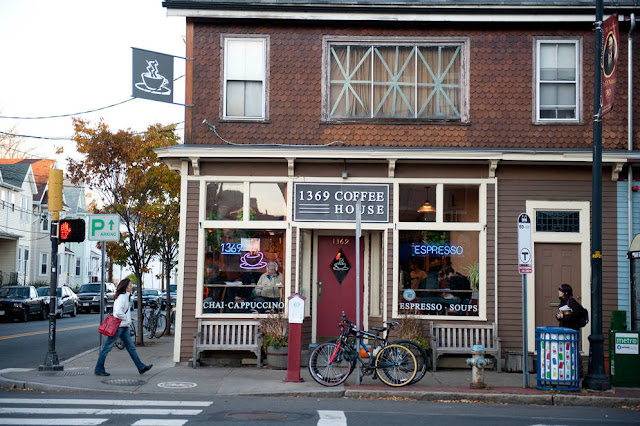 Weekends are often packed with higher doses of caffeine and (sometimes) writing, but I’ll focus on a weekday, since that’s the more typical case:

My alarm goes off at 6:25 a.m., carefully timed so that after getting ready and walking to the coffee shop, I’m there almost exactly as it opens at 7. Sometimes there’s a small crowd of us on the sidewalk waiting for the door to be unlocked. I’m often the only one to come at 7 and stay, and a handful of people make their way in over the next few hours. I have a cup of coffee with cream and far too much sugar.

I sometimes wonder what other people think I’m doing when they glance at my screen: sometimes I’m zoomed in so far on a Word document that the word snow is an inch high, nudging letters a pixel at a time; sometimes I’m reading error-laden lists of deep-sea creatures made for kids; sometimes I’m looking up unfamiliar, wildly unrelated words: aniline, errhine, feoffee, linac, terete.

On a bad day, I’m absent-minded and out the door at 7:45. On a good day, I’m deep in the work and leave at 9, after a second cup of coffee. In either case I’m barely aware of the world. One friend tells me he walks by nearly every day and looks in the window, trying to catch my eye. I’ve never seen him. Coworkers who come and get their coffee have to say hi twice for me to look up.

I do this coffee shop routine as often as possible, although late nights sometimes get in the way. But the ritual is important to me, and is definitely the biggest driver of my productivity as a writer.

My day job is in software engineering at a music tech company of about a hundred people. Code is a very different kind of writing, but I’m drawn to software, music, and language for the same reasons, the aesthetics of exploring a gigantic system.

During spare moments (on walks, on trains) I’ll type notes into my phone. Fed up with the unnecessary features and cloud storage salesmanship of other notetaking apps on the iPhone, I built a minimal app that does nothing other than let me type notes in various fonts that I like.

After work, a few times a week, I’ll take a run along the river, over the locks into Boston, around the North End, back through Quincy Market, Government Center, and the Common, over the Longfellow Bridge, and home. And after that, I’ll either be out in the city, at dinner or a bar with my girlfriend or with friends, or I’ll spend a quiet night doing chores, often squeezing in another hour of writing, and go to bed early.

And then (most importantly) I do it all over again. And again.

Luke Bradford is an experimental poet living in Cambridge, Massachusetts. His debut collection of constrained poetry, Abacus, is available as a free PDF or for purchase as a book at abacuspoetry.com, and his work has been published by Spacecraft Press and Penteract Press.