I wake up and smoke weed. I laugh aloud to myself about being asked to write about my “practice” during a season notorious for disrupting any and all patterns, even (and especially) the ones I’ve worked nearly 25 yrs for.

Before seven am is a generative time for me. Not only because the sun creeps thru the branches of the cherry tree and throws itself in wide throbbing streaks down half the wall but because (& this is difficult to put into words, so bear w/ me,) it is calm—not only in a physical sense, but on an energetic       molecular level—

The instant an atom enters my brain I think about our eyes
emitting particles, constantly, everywhere, our eyes unable
to observe something w/out shooting matter @ it, impacting it—changing the outcome. Fewer people conscious nearby, fewer bodies moving, fewer thoughts crystallizing, fewer nerves firing. The result is often (I promise) a stillness in which I can do the work of attuning myself to what is still floating, and needs words

At this point I’ll often encourage myself to revisit something in progress, despite the fact that I might prefer to write something new. I’m not working on anything right now, except this cryptic very sparse collection of what I’ve been calling (to myself) Parables of EXCESS —every time I return to it I churn out a variation of the same story: a white queen, deeply disturbed by the frenzied construction of towers in her Kingdom because now hers look so much less spectacular.

Dead end so I revisit what I’ve been reading and writing. Flipping thru my journal I remember, with unprecedented conviction, my desire to write a poem about the end of Taurus season called It is time the stone made an effort to flower—the only underlined thought in a Paul Celan book I got from the VPL.  Some notes from that time:

You scoop the grey crab from one tide pool to another, I scream at me about how she will crawl all the way back to a starfish who’s had each of its arms cut in half. In the absence of any other crabs this ten-armed thing becomes the most crab-like thing in the hole.

After arriving in Toronto: I’m afraid I was supposed to fall in love at home during exactly these ten days, and now I’m resigned to flatline forever.

What about that fucking look you gave me out of the corner of your eye Well that was real too so I Ieft. 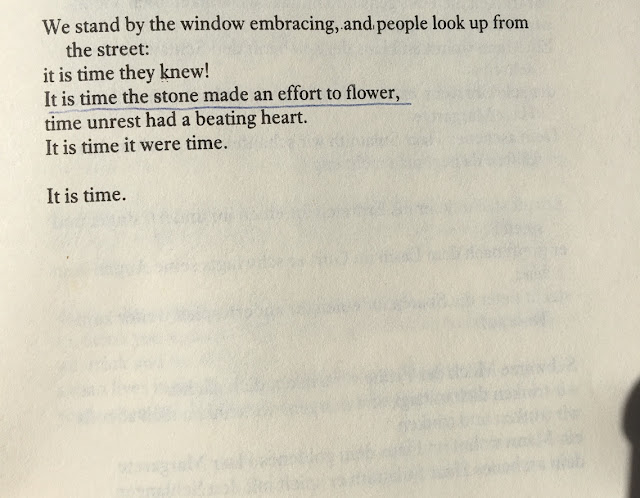 I already treat books like omens. To have something arrive containing such clear emphasis can’t be ignored.

Working at a used bookstore has really exacerbated my suspicions. What was an idea and then a habit is now a fully embodied compulsion. I am thinking about religiosity in the weeks leading up to this entry. About how, increasingly, it is the vocabulary of faith (something I grew up without)—prayer, hymns, ritual, absolution—that seems most fitting when I try to articulate my relationship to the practice of writing.

From the first day of Gemini season:

I google “the bottom the heavy part of the gun The big part” I am scared to hold it I don’t have to. The barrel (it comes to me after I am honest with the poem.)

That seemingly inexhaustible language returns: ritual, practice, prayer, affirmation God there’s nothing I love more than an affirmation. I Will, This Will, We Will,
You You You
I Want You, the most overused poetic sentiment, to see

The sun thru my uncovered window. I am finally able to have hope

A selection of Anaïs Nin’s diaries entitled Nearer the Moon arrives at the library for me. In it, amidst her rampant Orientalism, she writes, “The power of falling into a trance, of moving out of myself by exaltation, away from violence.” (Nin, 28) And, if this were not already too much for me, a sentence later, the simple claim: “Religion as poetry.” Ok Ok Ok OK, I say to the fucking universe.

At first I was really taken by this diary, at first I was really struck by the intensity with which she could not only feel but transcribe her total devotion for so many people simultaneously. Her intimacies (sexual or otherwise) rarely seem to be in competition. One never negates another. Instead, they actually appear to fortify each other. Without such a variation of feeling, each individual intimacy’s shortcomings would become too apparent.

I’m transfixed by how rarely we talk about the proliferation of affection(s). About the totality with which they dissipate, and then—just as marvellously—return. I am always stoned with my temple resting on the bus window, receiving every light, flicker, vibration from the oncoming traffic, thinking           why are there so few words for you(s)

In my journal I write:  failed/spoiled/elongated –ELASTIC
Intimacies

And a practice, of any kind, is nothing but an intimacy
w/ (& this is hard again to put into words but) everything
that drives you

Anything can be integrated into the poem—or done poetically. There is no phenomena too small, unnoticeable, untraceable, nor a feeling too sweet, angry, petty or fucked for the poem—only a schema in which it either has, or hasn’t found its place. The elasticity of inspiration.

From my first week back home:

I get tired of Nearer the Moon pretty quickly. Her prose, which had so enraptured me with its intensity and precision shrank, until it pertained exclusively to her men. I became terrifically bored by and angry with the men she devoted so many of her pages to. They become the entire book, and I know that they’re still only foils from which I can learn about her, but I hate them so much for being mediated by her, and in turn, for mediating her. I start to hate her for forcing me to enjoy them.

For me, if a subject is recurring, it is in need of further consideration. I always return to the sun. I am taking pictures of, highlighting, underlining, gasping   about it all the time. I talk to it like I love it. My feelings for it are so intense, it can take days for me to get to them. One morning, I get close:

THE SUN: words, modes, defenses totally dissolve—everyone and + (where does lust go?) their communion w/ the sun seeming—I’ll just say it—a little psychic for an animal

not a plant. But I do unfurl when she approaches.

I have a thirteen page document on my computer (always open) of all my favourite quotes from Barthes’ Lovers Discourse. I look at it if I get stuck. Right now I’m reminded of one in particular: “I give myself an empathetic interlocutor who receives the “truest” of messages, that of my body.”

Anyway—I put the first diary away because it was pissing me off, but then within hours I got an e-mail from the library saying a different volume of her journals was “ready for me.” I’m like what the fuck, alright, I’m about to go cat sit across town, I’ll just grab it on the way. I have other books in my bag anyways. 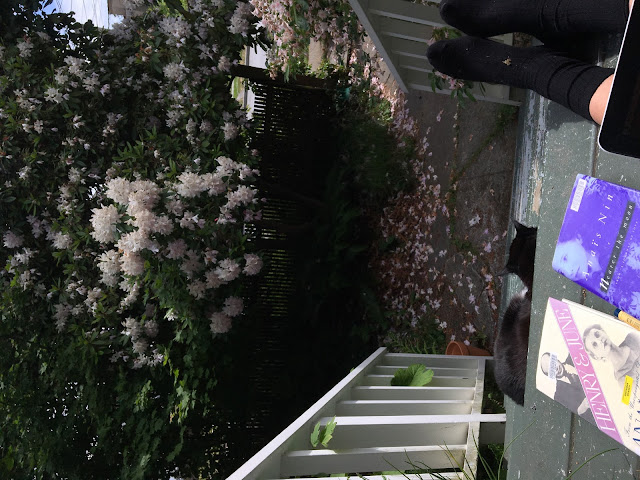 I read 105 pages last night. Not because the writing varies much from the preceding volume, but because of its content. In Nearer the Moon Anaïs is deeply, almost routinely, engaged in an affair with Henry Miller. In Henry and June she meets him for the first time. In this volume he is forcing himself on her. And she writes about everything with the same clear, contemplative tone. He takes his dick out. She’s repulsed. Later, she acquiesces “after the 4th or 5th kiss.”

Learning these things about Henry Miller didn’t surprise me but it did change the way I could read his work. The same way the frequency with which Anaïs Nin seems to require colonial, Orientalist and Imperialistic tropes and images to bolster the “sensuality” and “intrigue” of her diaries and novels puts me at a considerable distance from them. (If u need to do this u r not writing very well lol)

What did surprise me was reading about his wife, June, with whom, any fool can see, Anaïs falls immediately in love. When they meet, Anaïs writes: “Her beauty drowned me. […] Henry faded. She was color, brilliance, strangeness.” (Nin, 14.)

Any fool can see she is in love except her. It takes many days and pages for her to realize it, which seems to be largely because, at first, she simply can’t imagine sex between two women.

She tells June: “You are the only woman who ever answered the demands of my imagination.” (Nin, 16)

She thinks about June while fucking her husband. She writes, “I worship her courage to hurt, I am willing to be sacrificed to it.” (Nin, 19)

And then all of a sudden June leaves for New York (w/ a ticket Anaïs purchases for her) I think to be with another woman??  (June!!!)

There is much to be written about here, and I was shocked to see how absent this relationship is from the many accounts of her life. Especially in comparison with the others. (But I also wasn’t.)

In the end Anais Nin and Henry Miller are drawn together because they share the same muse—suffer from the same affliction.

I mean… who among us hasn’t transferred our feelings for a gorgeous, astute, inspiring woman onto her totally whatever boyfriend…

Because not only he, but the entire fucking process, is easier, more acceptable, safer

My journal is full of big gaping circles and clumsy quadrangles where, for months, I have been trying to make myself write one “tactile description” per day. I experience the most difficulty trying to be in the moment instead of its architect.

I have written exactly none but I have gone in and filled in some of the gaps.
One says: cant write lately.

Another says: May 22nd: Holy shit—why am i so afraid of my senses

It’s hard, most days it is impossible but rn I think it might be the most integral part of this “regiment.” For instance, I could write to you about how again and again I’m always in awe of, humbled by, pried open, held accountable, seen, and loved by the women in my family most during moments which, looking back, are marked by an intense romantic and emotional scarcity. When men are finally cut off, put at a distance, given instructions to follow, boundaries to observe, when they dissolve and unwedge themselves from between us—I finally get to see you

you’ll take your eyes out for me.

(Please, let me leave you with this) 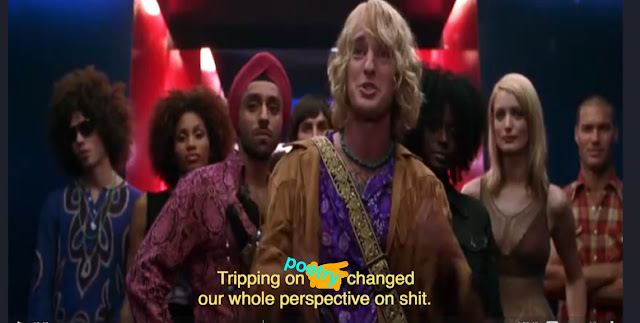 Aja Moore is a poet writing on the unceded territories of the Squamish, Musqueam and Tsleil-Waututh peoples. Her work has appeared in The Minola Review, The Puritan, ALPHA, Lemonhound, Poetry is Dead and Hobart. Her first book is forthcoming from Metatron Press.