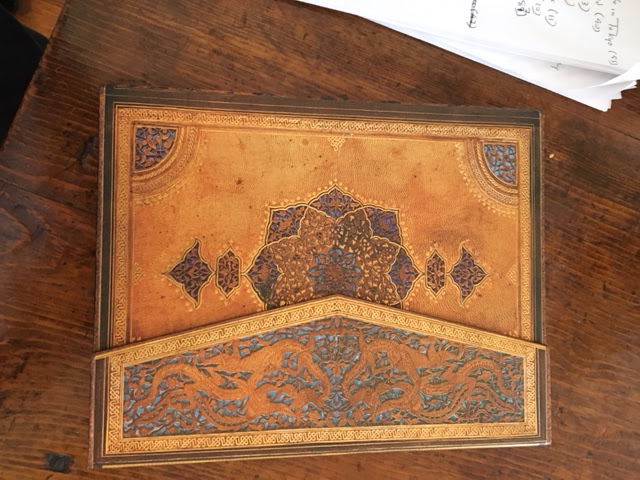 When I was eighteen years old the writing life was something that I longed to embrace.

Now I’ve been operating as a writer for fifty years, though the first fruits never made it
into print. Only the vegetables. . .

Some kind of writing “routine” began to emerge in the early eighties. Before that—from 1965 till around 1980—I was something of a random scribbler. I wrote a lot of stuff down, but I wrote it on
scraps and loose sheets of paper. My early literary papers are a mess, mostly because they
are so disorganized and unruly.

In the early 1980s I started to employ notebooks, and I have continued doing so until this day.
I like the instant organization that notebooks provide. The rough and tumble notebook is kind of a shadow of the finished, printed book. From page to page it moves chronologically. It is written by hand—something I have always demanded of poems in their first drafts. And each notebook serves as a time capsule, dated on the first page and the last.

The move to notebook was probably necessitated by travel. When you are traveling you want
your writing all in one place. As I traveled, the notebook emerged as the perfect technology.

For the most part, writers lead notoriously boring lives. That’s why there was so much drinking and
fucking around going on in Paris in the 1920s. They were attempting to shatter the boredom.

It tends to take me five to fifteen minutes to write a poem. Rarely do I ever spend more time in
composing a poem. Almost never do I know what the last line of a poem is going to be before
I undertake the writing of it. Usually I have a random first line and that’s about it. I start writing
and see what happens. Usually, the poem has a mind of its own. On rare occasions I need to poke
it with a stick.

If a poem has happened I might try to write another one. This is usually a mistake. But sometimes
a second poem might come into being. It is usually inferior to the first.

The poem is written by hand, in my notebook, using a ballpoint pen.

These days I set myself a quota of twenty poems a month. If it is getting towards the end of the month and I haven’t made quota I will force myself to sit down and write. The “yield” from every
month is 3-4 good poems.

When I am “away”, over the horizon, I conduct a fairly structured writing life. I set aside the afternoon hours of 2 pm—5 pm in which to write. I don’t write for three hours. Sometimes I
read, or listen to music. But something needs to be written down during that time. The monthly
yield is probably 6-10 quality poems.

The poems are written by hand, in my notebook, using a ballpoint pen.

My love of the exotic and my hatred of winter have led me to live out of Canada in the winter
months, usually in some tropical location. That makes complete and total sense to me.

There are a lot of palm trees in my Canadian poems. That makes complete and total sense to
me as well.

Born in New York City in 1951, Ken Norris came to Canada in the 1970s. He became a Canadian citizen in 1985. For thirty-three years, he taught Canadian Literature and Creative Writing at the University of Maine. His most recent book is The Weight (Guernica Editions). He currently resides in Toronto.