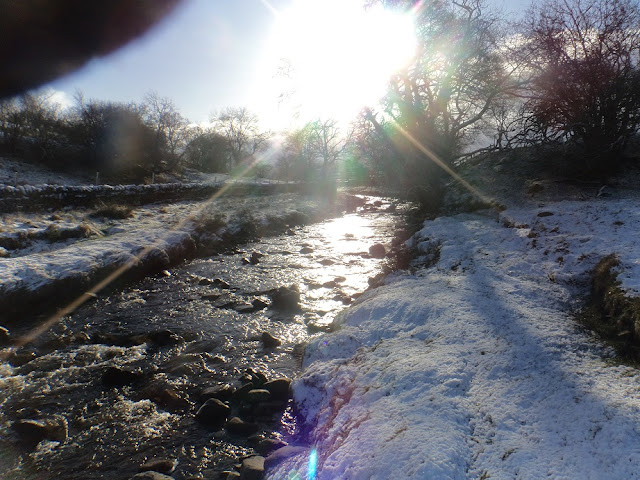 I try not to believe in the present, preferring to live whenever possible, out of time. This aim lies behind every disconnected hour I might find for writing. Only my indoor surface accepts the here and now. Outside, away from things, jobs and chores, away from painting or writing, this indoor surface can disappear. Although it’s possible to get this rare feeling in company – it is far more likely alone.

Alone, outside, stationary or moving through the landscape, enjoying the impressions always there to receive – whether surrounded by moors or by suburbia – I realise that measured by given yardsticks, this disappearance, the escape itself, the out of time-ness, is only brief. On reflection, the lanes and turnings, the flowerbeds or curtained windows – beautiful or outwardly mundane – the mountain streams or crags that anticipate and later calm (and even celebrate) such strange escalations, occupy by far the majority of passed time.  Yet in those extra moments, normal tables of value become irrelevant – they eclipse reality entirely. Even a feeling as devasting as grief is realised as no more than an inevitable characteristic of an aging surface, of being trapped within time. Sadly, one cannot often retain this illumination (or insanity), for long.

In the past I could only experience such illumination occasionally and unpredictably. Now, under certain conditions, I can almost expect it. Maybe other people experience such ecstasy through religious devotions or by starving themselves, through sex or under the influence of certain drugs? Luckily for me, none of these moralities or sensualities, disciplines or chemical substances are necessary.

Back indoors, the first thing I try to look at when not distracted by the variable daily roundabout, are the scrawled notes from any recent cycles or walks. Whenever I’ve been particularly fortunate, my primary aim is to try to isolate what the conditions are in which this great freedom might occur – hoping that I’m not wrecking my own further chances by investigating it. Aside from the surrounding notes on atmosphere and place, on people encountered or seen, surely this extreme experience must be of use. Can it be expressed directly through poetry or essays, or less directly through the longer questioning accumulations of a novel?

Without such a background or foreground, without some metaphysical intent, no writing is of lasting interest to me – neither as a writer nor a reader. Entertainment and pleasure alone are just not enough – I find old films far better for that.

But to get back to the point: In looking over my notes, what I am often trying to do is recover indoors, my (usually outdoor) escape – to recollect that emotion in tranquillity if you will. Except that it’s as far beyond emotion as emotion is beyond language.

Is it possible through words or images, to recreate that escalation? To capture enough of a sense of the Rubicon, that at least the idea of it might work for others?

At the end of nearly 30 years, I felt that in certain paintings, I had occasionally apprehended this Rubicon. Yet I also realised that painting is perhaps too unspecific to help a contemporary, over-rationalist audience. Words by contrast – if less capable of encompassing – ought to be more accessible?

It may be that the ‘true artist’ only works for themselves and that in any case, attempting to find money or fame through art (unless your work is avowedly and intentionally, second-rate) is a folly, especially since the success of artists is entirely random. It has little to do with sincerity and almost nothing to do with quality. Contrary to our hopes, quality does not inexorably rise to the top, and in an ever-more desensitized and wilfully ignorant world, there are fewer of us left willing to recognise it.

Has the democracy of the internet ironically allowed relativism to take over? If so, then perhaps in the long run, careless of the ruinous material sphere we can no longer control but only greedily lust after, it has set us free to find our own quality? Can we can find a way to make our increasing battery of tools work for us rather than enslaving us? 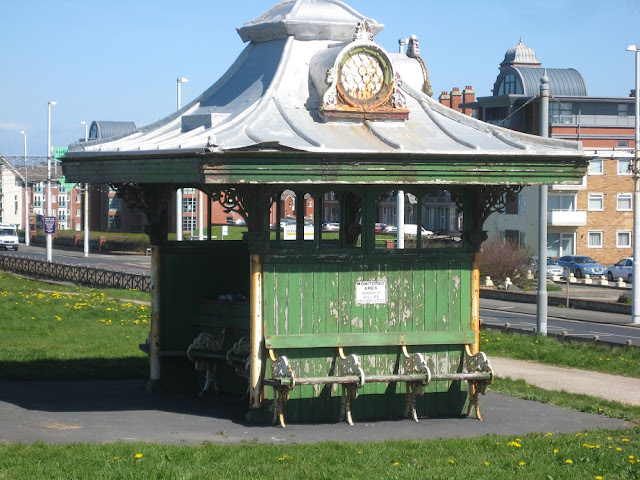 The separation between the ‘inner’ world of the writer or artist and the ‘outer’ sources of inspiration, may be as great as the separation between private hope and socio-political and/or environmental despair. Herein lies the importance of an out-of-time-ness that so dramatically rearranges perspective.

Back in the 1980’s I used to sketch ideas or forms for paintings, before discovering that such a safety net was an enfeebling distraction. Yet with writing, notes can work in almost the opposite way – they are often the core essential. The difficulty is how to provide the linking form necessary for communication without compromising them. At their best, writing, painting and music can enter territories which – at least in daily, time-filled reality – are beyond that of each other.

Below are some transcribed notes rearranged chronologically (from restriction bursts freedom?) of a cycle into and away from Barrow-in-Furness. Fortunately I didn’t have a camera or the after-impressions might have been confusingly limitless, their hierarchy concealed. If I try to look at these notes ‘objectively’, is the essential seed of escalation present within them?

Classic curving road out westward from Dalton, Grandeur of the mental image of Furness. Curving main-line, impervious to hills, grander still than the road, toward the sandstone tunnel – internal atmosphere of the colour maroon.

So many kneeling sheep. Cumbrian lambs must learn to pray early.

Al and his tendency to “mildly philosophise with a roll-up” rather than a hammer – in the end nothing seriously mattered.

After the Vale of Nightshade, where lies the sandstone Abbey – that once owned even Coniston Lake – Cistercian power – came the sweep under the distant hill-top hospital into the edges of Barrow. Luxury Victorian villa suburbs, now retirement homes and nursery schools.

War memorials and charity shops, a flaneur in Barrow. Hot sausage roll with illicit beer (a half bottle left over from the evening before, it reminded me of its presence by blowing its lid). Needn’t have bothered with discretion. Half the citizens striding past are swigging from cans in the strong May sunshine and cold-gusting wind (not blowing here on the bench under the memorial).  [Portland Walk shopping centre of 1998].

SPRING BECOMES NOW: Exit on the Leece road, the small stepped terraces above a brick wall becoming more: gardens overwhelmed by flowers under blossom, blossom like clouds on earth, blossom around the old Roose dairy, blossom around the keyhole-doorway village-style semi’s, each one the portal to a palace. Next a slight climbing line of 70’s places with flat-roofed porches – their wide view of scraggy buttercup meadows across the road, roofs and spire, scent of sea beyond. They live for now in the Spring and the light. Blossom around bungalows whose gardens carry them up the multi-green slope from the road of newly cut grass: free, no fences, only the different texture of the freshly striped lawns delineates their boundaries – a thousand islands adjoined.

Gleaston village edge, secluded bench on a grass triangle. Seen but invisible. Tears the surface away as the sunlight comes in waves between cloud shadows across the village green. The birds are all ecstatic and every bland and minor bungalow, every individual cottage is snowed with cherry blossom, their names calling proclamations from paradise.
[Even the odd, silver, slug-like vehicle – like bloated training shoes, could not offend me].
To fill every visible particle! Like ten whole lives in twenty minutes, and nothing to regret for an hour afterwards: No grief lasts, and time is an irrelevance.

Does escalation arise from a joyous welter of impressions – too many to hold? The frame bursts from the inrush; explodes from the sunlight, the grass-light, the blueness and the blossom; ascends from the beauty of transience, all heightened by Spring (everything is heightened by Spring). Do the body and mind literally renounce their illusion of reality?

Might having a camera, giving the impression that transience could be located and held, have dissipated the extremity of my escalation? Which is something to consider: have I always been without or a camera on those most extreme occasions?

The source of this mystery – of my escape from time – is something I will probably never solve, yet it will always remain the quest and engine of almost every writing day. As for actual publishing – I’ve yet to find an agent or publisher willing to risk taking on one of my novels (too long, too uncommercial?) though surprisingly, Certainty Under the Rose was longlisted for the 2017’s Tibor Jones Pageturner prize. Meanwhile, the beacon of the International Times still shines.

With his wife and youngest of their children, Lawrence Freiesleben has recently moved from an inland landscape of fells and mountains to an isolated house on the marshes of the Kent estuary in Cumbria. At present working on a fourth novel, he also writes poetry and short stories, while two his ‘digressions’ have appeared in the International Times http://internationaltimes.it/?s=lawrence+freiesleben.
A painter http://www.abstractartist.co.uk/ since before leaving home at sixteen, he has had over 40 one-person exhibitions and contributed to numerous group shows – the most recent of which was at The Terre Verte Gallery in Cornwall.
at September 01, 2018