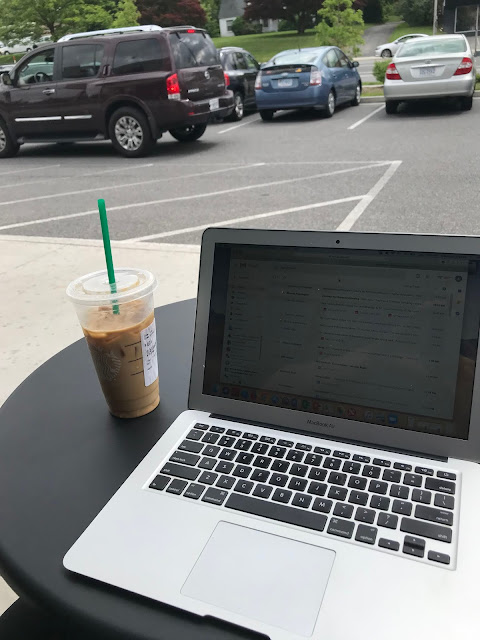 For François Cornilliat and Mary Shaw

Each poet tends to fall to one side of the debate between deliberate labor and inspiration, of willful work or furor poeticus. But the careful laborer and the possessed Ion ultimately both seek ways to provoke happy accidents, and one cannot plan an accident. This task requires a rhapsodic approach; I cannot write in linear progression, from one line to the next. I need to invent a series of entryways, and combine these, working recursively, constructing the poem as a mosaic or a work of marquetry, constantly resisting the impulse toward intuitive continuities in favor of fresh conceits. Words constantly attract words with neighboring values; waves tend spontaneously to roll or tumble rather than to trill or to fade. Pages tend to turn or flip rather than to stumble or to click; feet tend to stroll or wander rather than to vibrate or to stutter. Convention acts as a centripetal force, drawing words toward one another in combinations that appear natural. One cannot simply céder l’initiative aux mots, leave the initiative to words, as Mallarmé wrote: or else, one must follow the words but not our impulses with regard to them, in a perpetual attempt to resist our habits of thought and speech. The rhapsodic impulse works centrifugally against convention. Different poets work at different scales; some accept the centripetal force of convention between words in order to combine sentences or passages in unconventional ways, but all poets must somehow negotiate the tension between expectation and counterintuition.
The café provides a naturally rhapsodic environment. I am pointedly not watching the world go by. Two women are discussing their aspirations in Christian ministry and faith ; I wonder how their conversation affects the writing process of the neighboring Jew daydreaming about his writing process. The writer, of course, resembles a monk, but the hum of human life around me seems vital to my supposedly ascetic activity. The word inspired returns over and over in their conversation, but in faith as in writing, I believe in doing, inspired or not ; debatably, this confidence in the ritual act rather than the reliance on unpredictable inspiration has a strong Jewish resonance. I prefer the provocation to the accident, while Ion prefers to emphasizes the accident over the process that provokes it.
The opposition to ascetic isolation also inhabits Judaism : the Christian tradition emphasizes distance from the world in favor of the spiritual ; Jewish practice affirms an engagement with that world ; our very appetites may serve godliness. This idea also has a place in the Christian tradition, by way of Rabelais, for instance : Gaster, human god of our appetitive nature, gives rise to the best and worst of human enterprises, but the ascetic distance of Stoic apatheia cannot provide an adequate compass for action and decision, for we live in the world.
The café sustains my writing process with an echo of the world. Around me, people wonder whether or not they ought to get married, while only the Dive Bouteille, the divine bottle, will provide them an answer. Writing is a confounding series of similar decisions, just as arbitrary and just as decisive, and the poem, like the Dive Bouteille, remains out of reach, just over the next wave, on the island of happy souls, though we settle for our own offal, and claim it smells of saffron. Panurge’s final metaphor encapsulates the poetic process, the alchemy that transforms excremental words into a delightful spice. Rabelais wrote an ars poetica.
Must one find one’s voice in writing ? Perhaps attempting to shape words beyond the pressures of convention and habit is instead an attempt to escape our voice, to the extent that the latter represents our tics and our spontaneous impulses. I am always trying to write someone else’s poem. To imagine a way out.

Alexander Dickow is associate professor of French at Virginia Tech. He is a bilingual poet and translator who works in French and English, and a scholar of modern and contemporary French and Francophone literature and film. His poetic works include Appetites (MadHat Press, 2018), Trial Balloons (Corrupt Press, 2012), Rhapsodie curieuse (Louise Bottu, 2017), and Caramboles (Argol Editions, 2008). His translation with Sean T. Reynolds of Air of Solitude and Requiem by Gustave Roud is forthcoming from Seagull Books in November 2019. He is currently working on a novel, The First Supper.