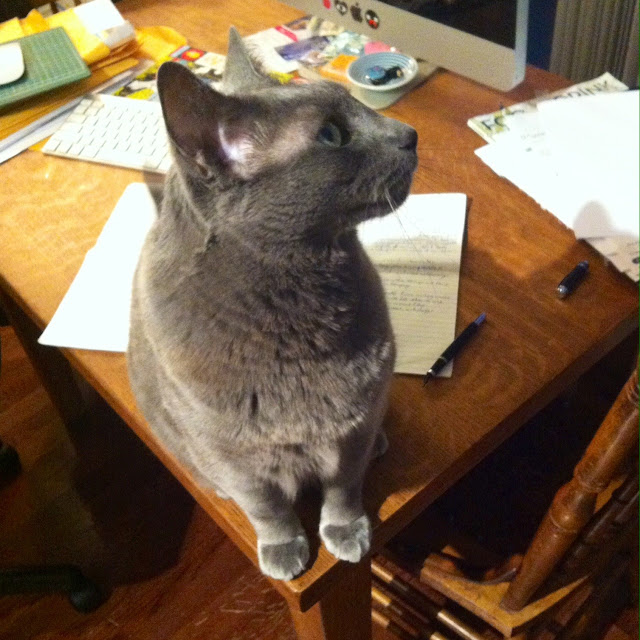 1. The length of the day is indefinite. No two days are of equal length. Some are approximately ten minutes in length, others approximately seven years. Each day lasts as long as it takes to finish the tasks I set for myself that morning.

2. Morning begins at midnight because each day must have its origin in dreams.

3. Dreams are part of the work of writing. So is riding the train and thinking about pedagogy. So is staring grimly at a poem I have been fussing with for weeks. So is memorizing the faces of strangers. So is learning the alchemy of better cake. So is the weather. So are grant applications and journal submissions. So is the day job that lets me buy ink for my refillable pen. So is answering ten thousand emails I never once foresaw when I was a small child dreaming of being a writer.

4.  Most writing actually occurs during sleep.

1.      Is a one-dollar notebook,
2.      impishly presided over by a cat, who
3.      requires the writer to perform any number of arcane and changeable rituals in order to gain unfettered access to the stash of paper. 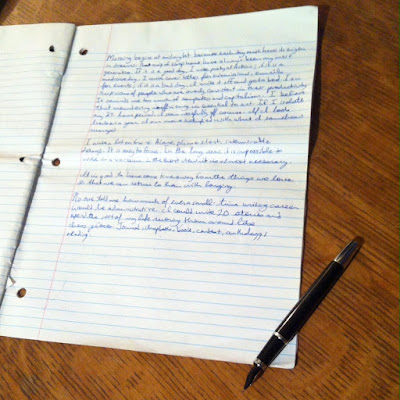 Jade Wallace is a writer from the Niagara Fruit Belt whose poetry, short fiction, and essays have been published internationally, including in Studies in Social Justice, The Stockholm Review, and Feathertale. Their most recent solo chapbook is Rituals of Parsing (Anstruther Press 2018) and their most recent collaborative chapbook is Test Centre under the moniker MA|DE (ZED Press 2019). They are an organizing member of the Draft Reading Series collective and one half of The Leafy Greens, a band whose music has been incorrectly described as “psychedelic stoner metal.” Jade Wallace currently resides in Windsor, Ontario, where they are working on an M.A. in Creative Writing. <jadewallace.ca> <ma-de.ca>
at September 07, 2019