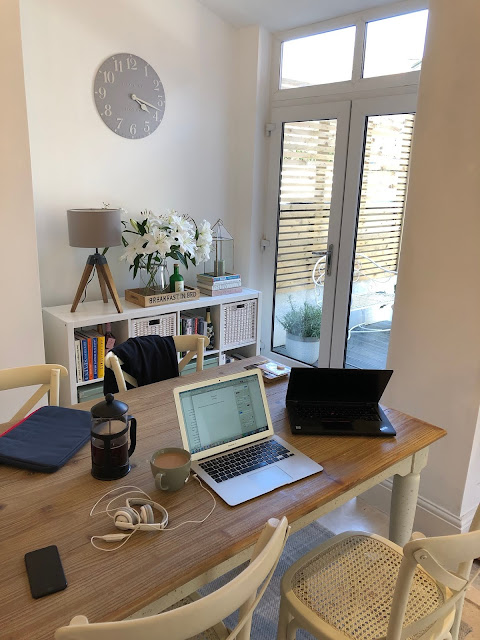 Before Morrissey turned in to a bloated, pompous, egomaniacal, right-wing douchebag, he was responsible for writing one of my all-time favourite lyrics;

Frankly Mr. Shankly this position I’ve held
it pays my way and it corrodes my soul
I want to leave, you will not miss me
I want to go down in musical history

I think of that lyric often, and find that it resonates deeply every time I hear it because, like most writers I know, I want to go down in literary history, but unfortunately I have a day job to endure.
I work in sales, for a large telecommunications company. I realise that sentence is enough to (at best) put the average person immediately to sleep and at worst can incite sudden feelings of hatred and revulsion. It’s certainly not a great conversation starter at parties.
My job is so mind-numbingly, so spirit-crushingly dull that I find it hard to concentrate on it for even the briefest of periods. Which makes it so much more difficult as I feel that it bears no resemblance or similarity to who I am as a person and therefore it is merely a mask which I am forced to wear every day in order to - as Morrissey says - pay my way. While my soul corrodes slowly and inexorably.
The one good thing about my job (and it is actually pretty damn good) is that I officially work from home. Technically I am supposed to spend about 75% of my time conducting face to face meetings with clients, which in reality means I spend about 65% of my time stuck in traffic on various english motorways whilst travelling to these meetings.
I manage my own diary though, so god damn it whenever I get the opportunity, I work from home. And it’s on these glorious days of (relative) freedom that I get most of my writing done.
My day always begins with a walk. My wife and I are proud parents to a Cavalier King Charles Spaniel named Harry who encourages me to get out of bed every morning. In all honesty, if we didn’t have a dog there is a strong possibility I just wouldn’t get up at all.
The morning walk with Harry is a really good time to start letting a few ideas swim around my brain. It’s not usually anything of crystalline clarity, I’m not really much of a morning person you understand, but just being outside and wandering around in the breeze and the birdsong and the occasional bit of sunshine is in itself, stimulating to the mind. In fact, it’s such a welcome counterpoint to the sustained and stressful drudgery of work that it’s almost like taking some mad hallucinogenic drug.
Like I say, I’m not much of a morning person, I can’t just sit down at my laptop and launch in to a brand new story straight away. So usually what I do is have a look at some works in progress, I’ve normally got a few on the go and I always find that if you leave them for a good while and then come back to them then you will be rewarded with a fresh sense of perspective and a clearer sense of what’s working and what isn’t.
So I’ll sit and tinker for a bit before the first angry emails of the day come flooding in on my work laptop.  I sit at the kitchen table and have both work and personal laptops and phones open in front of me and just toggle between them like some sort of mad computer hacker in a terrible 90’s movie.
I’m always pleased if I can get an in-progress short story or a piece of flash ‘finished’ in the morning. Of course nothing is ever really finished but if I can get it completed to a satisfactory standard then that represents a pretty decent morning achievement. If I feel it’s ready to submit then even better. I like to have submissions out there at all times - it’s an exhilarating feeling to know that your little brain-dumps are out there in the world being read by real life people. I don’t even mind getting rejections that much - they spur me on and sometimes it’s just nice to know they’ve been read.
I haven’t done an MFA, I’m not a member of any writing groups and I’m not friends with any other writers in ‘real life’ so I don’t have anyone who reads any of my work. Rejections and acceptances from online lit journals are essentially my yardstick with which to measure success (or failure - as the case may be). I’ve only been at this for about two years, and everything I wrote to begin with was about 90% attitude and 10% skill so I’m always working on trying to improve the skill element of my writing. Trying to develop in to what people might describe as a ‘real writer’ without actually losing what I think are the unique elements I bring to the page. 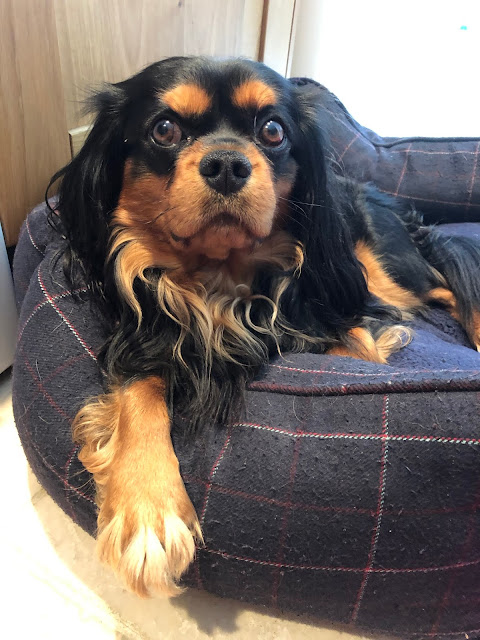 I’ve become pretty good at discerning which lit-mags are likely to consider my work and which ones will probably want nothing to do with it. If a piece gets accepted straight away then obviously I congratulate myself and crack open the gin but if a piece gets a few rejections I just think, maybe I was going down the wrong track with that particular one. Having had some previous success, I can look at pieces that haven’t been accepted and try to judge what they are lacking that my other ones have. I don’t always give up on them, I had one short story in particular that received more rejections than any of my others but is now due to be published soon. I actually thought I had withdrawn it from everywhere I sent it to but the one journal I forgot to withdraw from loved it! Weird. Ultimately the thrill of submitting my work is what keeps me going. It’s what gets me out of bed in the morning, along with the dog that is.
Occasionally, I will try my hand at poetry. I’m very new to it but I love writing poetry as it feels very punk to me - anything goes, just sling whatever feels right on to the page. I try not to edit my poems too much at all, I just let them come and if I like them I keep them, if not, I still keep them.
I write poems using the notes app on my phone, often while I’m waiting for something. I wrote my first poem while sitting in a barbershop waiting for my turn and then I found that it’s a great way to distract yourself from an otherwise boring situation.
I use the notes app constantly. Thoughts and sentences pop in to my head that I feel are worthy of recording but it’s the overheard conversations that really get me going. In fact a lot of the time, I’ll get an idea for a story based on one single overheard snippet of conversation. I also love an unusual turn of phrase so if I’m conversing with an eccentric character I’ll make a point of remembering a specific phrase or phrases that they’ve used. I’ll get it down verbatim in my notes and use it for one of my characters when it feels appropriate.
In the afternoons, provided no work-based catastrophes have occurred during the day, I’ll usually steal a bit of time to work on my novel. I’ve been slowly chipping away at my novel for well over a year now but I’m deliberately not rushing it (or at least that’s what I tell myself). I’m not a huge fan of editing so I want it to be pretty close to how I actually want it to end up after I’ve finished draft one. I know that’s quite a lofty ambition but I really don’t want to be left with a complete and utter mess to try and clean up as that will most probably just force me to defenestrate the entire thing.
I am still learning, still trying to figure out what I really want to say and trying to find my wiring voice. With every short story or flash fiction piece that I write, I feel as though I’m getting a tiny little bit better. That’s why I’m not rushing my novel, I want it to come along at the right pace, in parallel with my slow and steady and very minor improvements as a writer.
If I manage to get any writing done in the day I am usually ecstatic about it.  Strangely enough, I rarely have any memory of actually writing a story. When I think back I find it difficult to pin-point exactly how and when it emerged, which I think is the truly magical thing about writing fiction - who knows where it comes from?
During the course of a working day I can (very, very occasionally) close a deal from the comfort of my living room. It doesn’t move me in any way, shape or form though, and getting a signed contract in my work inbox completely pales in to insignificance when compared to the sheer unbridled joy of getting an acceptance for a piece of my writing. I just hope that one day I’ll be able to use my writing to pay my way. I’m sure my soul will still corrode, but at the end of the day, how else am I going to get my material?

Rick White is a writer of fiction and poetry whose work has most recently been published in Storgy, Ellipsis Zine and Lunate Fiction. Rick lives in Manchester, UK with his wife Sarah and dog Harry and currently occupies third place in the hierarchy. Rick is working on his first novel and hopes to finish it before he expires.