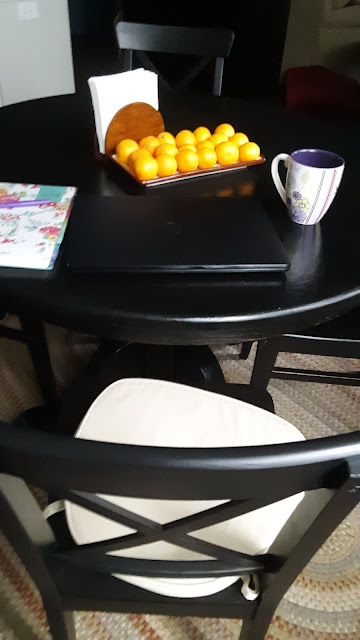 8:50-9:15—I walk the dog through the neighborhood to avoid potential run-ins with coyotes.

9:30-10—I read a poem that I’m working on aloud, then make a few small edits to it. I add the title to the TOC for the collection that it will go in. I change the order of the TOC several times, then I answer emails, check the Twitter, and I look at several pairs of leopard print pants.

10-11:30— Write two thousand words of a dragon shifter romance for a freelance client. I don’t actually like romance, but evidently, I am very good at writing it. Currently, it’s my only source of income. Someday, I hope to never write it again. While I write, the dog naps, or watches me work. She also lets me know if a package has been delivered, or if there’s someone standing too close to the front yard. Sometimes, she sleeps on my feet, which is rather nice, although she snores like an elderly man.

11:30-12:15— Write one thousand words of a Regency-era romance for a freelance client. Look up different styles of men’s coats for the era. Evidently, the pockets were in the tails of the coats, and they had flaps at the hips, where there were no pockets.

12:15-1— I feed the dog, eat lunch, then I have a second cup of coffee and some dessert. I usually let the dog out in the backyard for a bit.

1-2:30—I write two thousand words of the Regency-era romance. I research different styles of carriage, choose to put in a Stanhope Gig, simply because it’s more interesting than a Barouche-Landau.

2:30-4—I write two thousand words of a Western Romance for a freelance client. By this time, I’m getting tired, so I just try to get in as many words as I can. I do stop to check the Twitter and the news several times.

4-5— I walk the dog. As I go, I make notes on my phone for poems, and my novel. The dog tries to walk off, into the woods and never return. I can’t blame her, and would love to do the same sometimes. We pass fields with of cows, horses. Two cows come up to the fence, and they spend about five minutes, where my dog and the cows stare at each other and wag their tails.

5-7—I write two thousand words of my horror novel, which is about a haunted locket, specifically, Victorian Mourning jewelry—the kind with the hair. I’m obsessed with it, but can’t really explain why.

8-10—I watch a few episodes of Fringe and I work on poems. My current collection has several Fringe-themed pieces, so I’m re-watching the series. 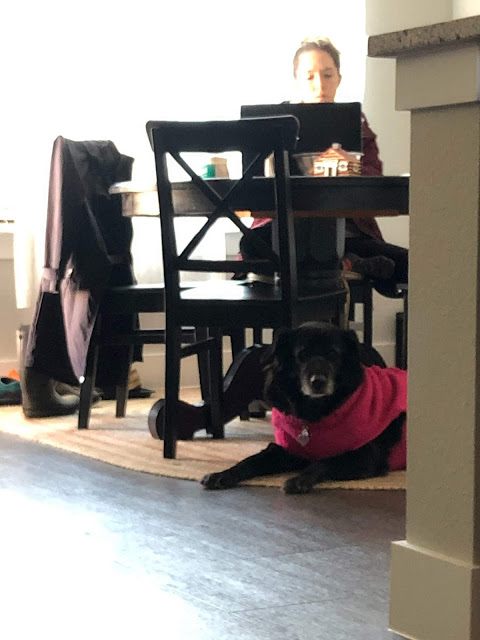 Jessica Drake-Thomas is a poet, novelist, freelance writer, and blogger. She is the author of Burials, which is forthcoming from CLASH Books in 2020. Her work has been featured in or is forthcoming from Grimoire Magazine, Coffin Bell Journal, Three Drops from a Cauldron, and PVSSYMAGIC.