A DAY IN THE LIFE OF A PROMOTER by Amanda Hale 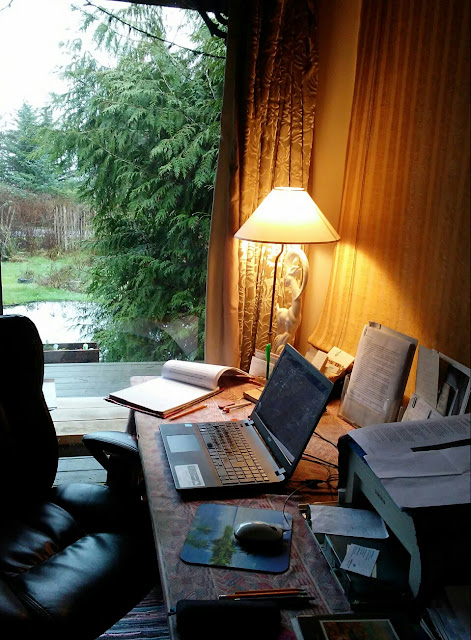 No, I’m not really a promoter, I’m a writer. But I just completed and published a 444 page novel. And, since I’m not one of those award-winning-big-publisher writers who has a team of people promoting me –  though I do get great support from my excellent Indie publisher, Guernica Editions – promotion is currently a full-time job for me, getting the bookings, showing up for them, soliciting reviews and interviews, pumping myself up on social media every day. A book can take years to research and write, but it does come to an end, while promoting that book is an infinite task. For a person like myself, who loves completions, promotion is a constant preoccupation!

First thing is waking up and figuring out just exactly where I am. I move about a lot – Canadian west coast, Toronto, Cuba, UK. I frequently wake to that interesting moment of dislocation, especially out of a dream where I might be in the middle of a war-torn city, or floundering in the ocean with no shore in sight. An attempt to get out on the wrong side of my home-base bed results in collision with a red wall.

The usual moves – draw the curtains, look at the rain, open the damper on my woodstove, feed it some kindling to get it going again, then a couple of larger logs. CBC news and weather. A walk along the ocean-front, then around the block to home, muddy driveway, fill the wheelbarrow with firewood, trundle it to the backdoor. Breakfast. Computer station. Existential questions. Why write? To process and understand what’s happened in my life. Why keep on promoting? A book is like a child. It must be pushed forward into the world, encouraged every day.

Keep feeding the fire. Ignore or field the phone calls, according to call display.
On a writing day – smaller projects now as I recover from the last opus – keep the faith, override the negative thoughts, try not to get lost down blind alleys or, more often, fascinating pathways springing up on either side of my main highway thoughts. I am one who can juggle two major plots with multiple subplots and end up lost in the maze.

A snowstorm of papers surrounds me with doodles and color codes connecting the text. Who needs privacy? No-one but me could ever make sense of these notes.
Problem is – when to stop – pace yourself, I’m told, but I confess I am a workaholic.
After an early supper I drive over to the studio where I’m recording an audiobook of said large novel – Mad Hatter – set in WW2 UK, full of regional accents, and with an Irish narrator. We record and edit as we go, another 25 pages. This is going to take a long time. It’s fun and totally absorbing, like doing a radio show every night.

By 1030pm I’m home, winding down with a glass of red – and then to bed beside a pile of to-be-read books. Another great day! 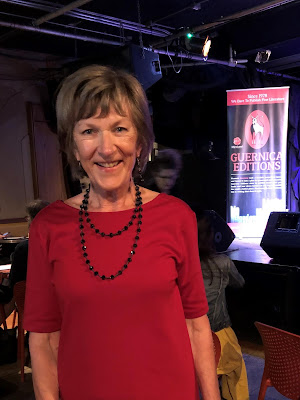 Amanda Hale has published four novels, two poetry books, and two collections of stories set in Cuba. She won the Prism International prize for creative non-fiction for The Death of Pedro Iván, and has twice been a finalist for the Relit Fiction award. Her novels and stories have been translated into Spanish and presented at the Havana International Book Fair. Hale is the librettist for an original opera – Pomegranate – set in ancient Pompeii, premiered in Toronto June 2019.