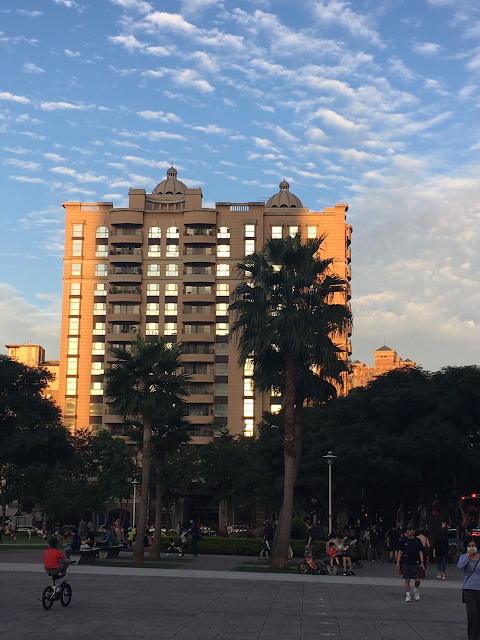 To tell about “my writing day” is, for me, a tough request, simply because it is rare that I spend a whole day writing. This essay would be better titled “My Writing Moment.”
I wrote poetry in high school and in university, but I didn’t start getting serious about writing poetry— or writing poetry that I considered to be good— until the year right after undergrad, when I was teaching English in a cram school just outside Taipei. There are many possible reasons for this: I was getting better as I aged and wrote more; without the crushing demands of full-time school, I suddenly had a lot of extra intellectual energy to channel into poetry; my first time in a foreign country proved wonderfully inspiring. Whatever the cause, I was suddenly writing more poetry than ever. In a year in Taiwan, I would produce almost as many poems as I had in four years of university, and much better ones, too.
That being said, I still wasn’t having a lot of what you’d call “writing days.” I worked 6 days a week, and on my days off, I travelled, or rested, or socialized. Though I was writing more poems, overall I was writing less than ever, even going weeks without an entry in the diary I’d kept since I was 12. It’s always seemed a cruel irony to me that once you have something worth wanting to remember, you suddenly have much less time and motivation to record it in your diary (by contrast, now, while quarantined, I am turning out more pages than ever, but there’s never anything new to report).
Many of the best poems I wrote— or, the poems of mine that I’m most proud of, like “Ephesus,” “Ruth,” “Kamchatka” or “Dictionary”—were written on the sly while teaching.
Picture me, in the class. I might be teaching little ones, leaping and prancing around, singing songs, trying to hype the kids up while simultaneously trying to keep them from boiling over during games, speaking in silly voices, making funny faces, and sweating profusely. I might be teaching big kids, standing awkwardly before a group of teenagers who would rather be playing video games, teasing and roughhousing with each other, catching up on their homework, or, most likely, sleeping. I’d be trying to get these kids interested in the subject of this week's dry graded-English textbook reading— what did the students at the world's oldest universities study? Can dogs see colour? How do Deaf people communicate? What are linguists doing to preserve languages that have very few remaining speakers? Sometimes there was no enthusiasm to be had; at other times, we might have a disagreement and I might find some of their opinions distressing. I remember being particularly glum when one sullen thirteen-year-old boy told me that he thought any language that could not sustain itself naturally should be allowed to die out— it clearly wasn’t useful anymore. At the time, I thought perhaps he was displaying the arrogance of someone whose mother tongue boasts over a billion native speakers. Later, I considered he might simply be an overworked trilingual middle schooler who was thinking, God forbid there be more languages on this earth that you might try to make me learn. I did manage to generate a bit more interest in teaching the students to introduce themselves in ASL, but that might have just been because the activity provided a respite from learning to use ESL.
I know it seems like I must have been far too busy in class to be writing a poem. I, too, when I picture a “perfect poem-writing environment,” picture a wide desk, a carafe of coffee, a leather-bound notebook, an empty schedule, and silence. But what I consider my best poems of that remarkable year were never written like that.
I frankly have no idea how the ideas for poems first popped into my head. Maybe sometimes, I found the textbook readings a little more interesting than the kids did. It could have been something a student had said or done that inspired me. Most likely, it was some aspect of my life outside the classroom that kept needling into my mind when I was trying to work— foreign teacher drama, last week's tumultuous Sunday trip, sorrowful meditations about the sorry state of my love life. Whatever the source, I would get something in my mind that I would be itching to set down, even as I prepared the kids to sing “Wheels on the Bus,” or look up vocab words in the dictionary. 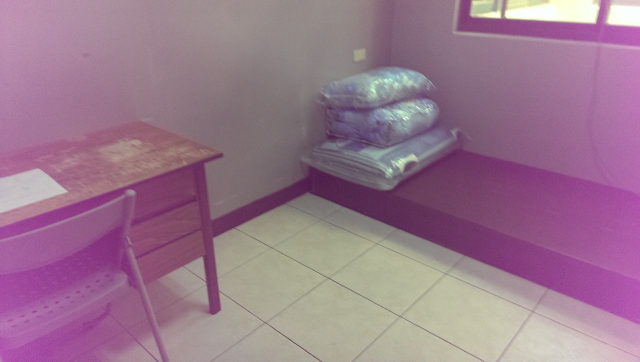 Stapleton Nash is a poet and English teacher from Vancouver Island, Canada. She began her writing career while living and teaching just outside Taipei, but now lives with her family in Canada once again. She has had poetry published in Necro Magazine, The Literary Mark, Amethyst Review, Mookychick, Lunate, Nymphs, and Dear Reader Poet, as well as in anthology projects from The Bangor, Teen Belle and Castabout Lit. She is a regular contributor at Headline Poetry and Press. She can be reached at stapletonknash@gmail.com and on Twitter at @StapletonKNash.