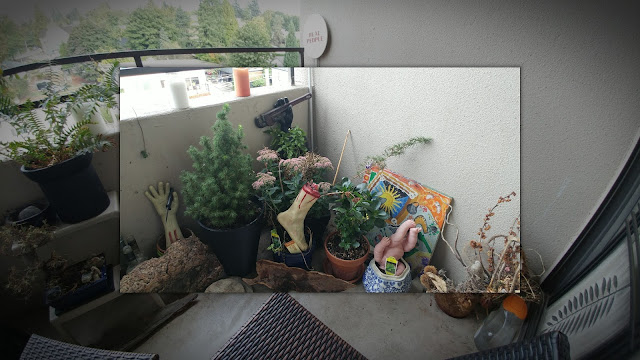 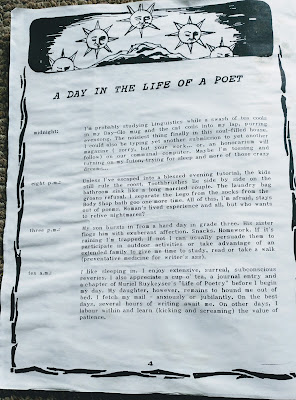 20 years ago, Quarter Moon Quarterly, a short-lived periodical from the Lower Mainland of BC, asked me to fill out a "Day in Your Life" scenario (see photo). At the time I was in my early 20s, on my second marriage, had 2 youngsters born when I was a teenager, was going to college, and was just at the beginning of "learning how to make literary stuff happen."

So I thought it would be amusing to repeat the 4 times I listed in this nascent report and see what I now do in relation to my writing life during those same segments of the day.

Midnight: I am DEFINITELY sleeping. If I'm not attending some drug-crazed sex fest film party that is. I NEVER write or send submissions at this time of night anymore. My mind is utterly kaput by 10. Or earlier. I may be watching Suits or some such drama, sporting a onesie and a few cleverly-placed cats while drinking vino. That is all. 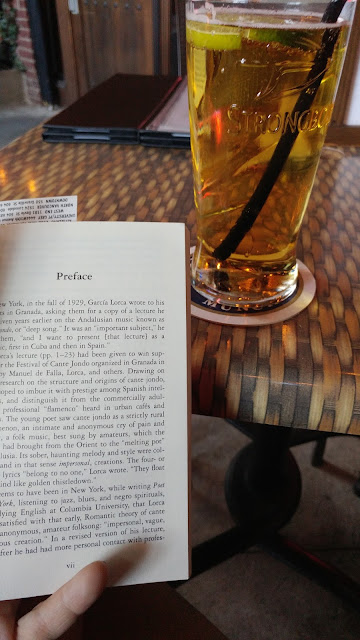 8 pm: My home is the picture of orderly sanity while being riddled with nostalgic tchotches. It's just me and my kitties now. No men, kids or other intrusions into whatever the hell I want to do. I still never write at this hour. I read novels in the evening. If not engaging in the above activities that is. Or sometimes jamming with a tribute band. Or surfing Facebook for some hoped-for fascinating engagement and usually coming up empty but for a few cute elephant memes.

3 pm: I have no idea what I'm doing. O wait, I could be in the middle of slogging through an extensive film shift in Props land. Or if I'm at home (and I do try to make this happen at least a few times a week), I could be sending off poems to periodicals (though this mostly bores me now), rehearsing my one-woman play, writing Marrow Reviews, editing pieces for my grief anthology, proofing manuscripts and finding performers for my Bed Lecture series. Or setting up yet another cross-Canada sojourn to bumpf a poetry book that would likely otherwise receive scant attention. Alas. The energy surges. And wanes.

10 am: I NEVER sleep in anymore. The male cat, aka Mr Flumpalot Torturehead, has usually hounded me out of bed with a swat or a nip by 7. IF I'm not up even earlier for work. If it's an at-home day, well the morning is when I get everything truly essential accomplished in my life now. I feed the furry bastards and brew a whole pot of black java. And then I read poetry. I'm obsessed with John Ashbery and chow down on his ironic surrealisms every day while glancing out at the river. After that it's writing time. Mostly, I compose poems. Sometimes stories or essays arrive. Or a performance piece. Or songs. Nope, mainly poems. Following this, I read criticism and reviews. Then I am allowed to eat breakfast (always toast and fruit with biographies) and do a weights and pilates workout, shower, water the plants on my inspiringly morbid patio and thenceforth carry on my engrained habits of being a liminal writer in Canada 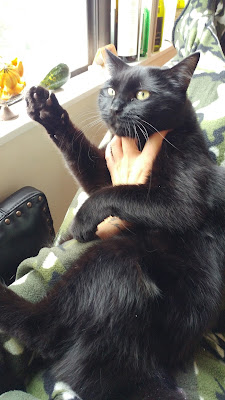 Catherine Owen is the author of ten trade collections of poetry (and a bunch of chapbooks), along with two of non-fiction, including her compendium of interviews and theory called The Other 23 and a Half Hours, or Everything you Wanted to Know That your MFA didn't Teach You, and one of short stories, The Day of the Dead. Her most recent book is Dear Ghost, (Buckrider Books, 2017). Her last (only?) award was the Alberta Book Prize for Frenzy in 2010. She also writes Marrow Reviews, runs the Bed Lecture series, offers an annual Community Creator Award, performs one-woman shows, and collaborates with photographers.
at November 09, 2017