Jason B. Crawford : My Writing Day 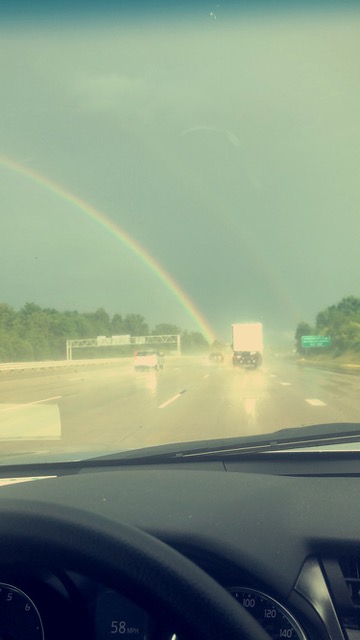 Most of my best poems have been created in movement. My friends scold me for how I drive doggedly, one hand on the steering wheel, the other on my screen breaking lines. My favorite poems of mine have been written on my iPhone, using either the notes app or google drive, wildly screaming bars to myself in gut the silence of my car. I walk back and forth to the Starbucks on a thirty minute break hollering and mimicking my slam routine, thinking of how Jahmil Hill turned himself from a tree into a cross. Wondering what I will craft my body into on stage only to break the illusion when I walk off just a boy.
I often think back to my first time meeting Danez Smith and their way of melding voice with literature. Smith sat at Carla Harryman’s house for a homecoming for Jonah and performed “No chicken jokes in this movie. No bullets in the heroes. & no one kills the black boy. & no one kills the black boy. & no one kills the black boy.” A Jumbotron forming in their palms, telling a Black Movie and I am in awe. The demonstration of word and voice splashed together into a tidal wave. Later, I read Smith’s my president, a poem in which they create a new nation on their tongue and elect the loved ones they know as ever present to run their country with an iron skillet and flowing river. In both instances, I see them stretch a community across a page like a schematic of what work in this world is still to be done. In this work, I look for myself. Often, I find scraps of other poet’s voices in my poem, ideologies and small blessings. Someone once asked Smith how they write their voice so definitively in their work. InsertBoy, Don’t Call Us Dead, Homie, you hear them give a live reading every time you open their books.
Dr. Tara Betts explains vocal performance within slam on V.S Podcast. She states how she had to train her mentees ways in which their voices can be used as another tool to score higher in a bouts. In the car on my way to my first ever slam, we trade turns round robin style performing the pieces we think we will do at Rustbelt.  I open up about my poem Twerking in White Spaces and the experiences I faced during college being in a predominately white fraternity. It is mentioned that in certain placements of the poem, I should sound uncomfortable, others sound joyous, ending the poem in fear. I initially wrote the poem as a satirical take on black culture interpreted in white spaces as a replicable act or joke. It was written on my iPhone in the back of a wedding as I prepared myself for the inevitable moments where I would be asked to teach everyone the latest dances displayed in rap culture. The voice here and the way I presented on stage has a lot to do with the sudden betrayal or uneasiness I feel when a friend asks me how I perform my blackness.
The dictation of how I want the work to sound is most often my foundation for a poem. I do not sit at a desk and force myself to write. I do not have set hours each day or some ritual. I just work on a line that comes to me and see where it leads, often editing the work along the way. Everyone has a different method to what makes them tick. I can definitively say I read something or listen to it on Button and figure, “I could write this differently.”

Jason B. Crawford (He/They) is a black, nonbinary, bi-poly-queer writer born in Washington DC, raised in Lansing, MI. In addition to being published in online literary magazines, such as High Shelf Press, Wellington Street Review, Poached Hare, The Amistad, Royal Rose, and Kissing Dynamite, he is the Chief Editor for The Knight’s Library. Jason is a cofounder of the Poetry Collective MMPR, a group of poets who came together for laughs, bad memes, and nerd culture. He is also the recurring host of the poetry section for Ann Arbor Pride. Crawford has his Bachelors of Science in Creative Writing from Eastern Michigan University. His debut chapbook collection Summertime Fine is due in 2020 through Variant Lit.
Website: JasonBCrawford.com
Instagram: jasonbcrawford
Twitter handle: @jasonbcrawford
Facebook page: By Jason B. Crawford